This website requires the use of Javascript to function correctly. Performance and usage will suffer if it remains disabled.
How to Enable Javascript
What Is the Senate Filibuster and Why Change It?

What Is the Senate Filibuster and Why Change It?

Joshua Roberts/Getty Images
The Capitol dome is seen as the Senate resumed debate on overriding the veto of the National Defense Authorization Act in Washington, D.C., as Senator Bernie Sanders filibustered the act to call for a Senate vote on giving Americans $2,000 in direct payments for COVID-19 relief (Dec. 31, 2020).

WASHINGTON (AP) – Minority Republicans used a Senate filibuster to block a Democratic bill that would have launched a bipartisan probe of the January 6 uprising on the Capitol. It was the first time under President Joe Biden that the GOP used the tactic to derail major legislation.

Yet the Republican victory Friday may prod Democrats closer to curbing or eliminating a legislative maneuver that has been the bane of Senate majorities since the Founding Fathers.

Here is a look at the filibuster and the political storm over it.

Unlike the House, the Senate places few constraints on lawmakers’ right to speak. Senators can also use the chamber’s rules to hinder or block votes. Collectively these procedural moves are called filibusters.

Senate records say the term began appearing in the mid-19th century. The word comes from a Dutch term for “freebooter” and the Spanish “filibusteros” that were used to describe pirates.

Filibusters were emblazoned in the public’s mind in part by the 1939 film, “Mr. Smith Goes to Washington,” in which Jimmy Stewart portrayed a senator who spoke on the chamber’s floor until exhaustion. In a real-life version of that, Senator Strom Thurmond stood continuously by his desk for 24 hours and 18 minutes speaking against the 1957 Civil Rights Act, the longest Senate speech by a single senator for which there are records of speaking length.

Those days are mostly gone. Senators usually tell Senate leaders or announce publicly that they will filibuster a bill, with no lengthy speeches required. The impact usually flows not from delaying Senate business but from the need to get a supermajority of votes to halt them.

How Do Filibusters End?

Records from the first Congress in 1789 show senators complaining about long speeches blocking legislation. Frustration grew and in 1917, the Senate voted to let senators end filibusters with a two-thirds majority vote.

In 1975, the Senate lowered that margin to the current three-fifths majority, which in the 100-member chamber means 60 votes are needed to end filibusters against nearly all types of legislation. Only simple majorities are required to end the delays against nominations, thanks to recent years’ rules changes.

Democrats emerged from the 2020 elections controlling the White House, Senate and House. They had pent-up pressure to enact an agenda that includes spending trillions to bolster the economy and battle the pandemic, expanding voting rights and helping millions of immigrants in the U.S. illegally become citizens.

But Democrats have a slender House majority and control the 50-50 Senate only because of the tie-breaking vote of Vice President Kamala Harris. That means that to overcome a filibuster, Democrats need support from at least 10 Republicans, a heavy lift in a time of intense partisanship.

That has frustrated progressive senators and outside liberal groups. They have pressured Senate Majority Leader Chuck Schumer to eliminate filibusters, even as their use has increased by whichever party is in the minority.

According to Senate records dating back to World War I, the number of votes to end filibusters in any two-year Congress never reached 100 until the 2007-2008 sessions. It hit a high of 298 in the 2019-2020 Congress, mostly on then-President Donald Trump’s appointees that majority Republicans were pushing to confirmation.

In this year’s first five months as of this week, there were already 41 votes to end filibusters, mostly on Mr. Biden’s nominees.

What Can Democrats Do?

It would take a simple majority, 51 votes, for the Senate to eliminate or weaken filibusters. GOP support for retaining them is solid, with Senate Minority Leader Mitch McConnell saying Democrats want to end them in a quest for “raw power.”

Yet Democrats lack the votes to do that. Their two most conservative senators, Joe Manchin of West Virginia and Arizona’s Kyrsten Sinema, have opposed a change, arguing the country is better served when Congress can find bipartisan solutions to its problems. 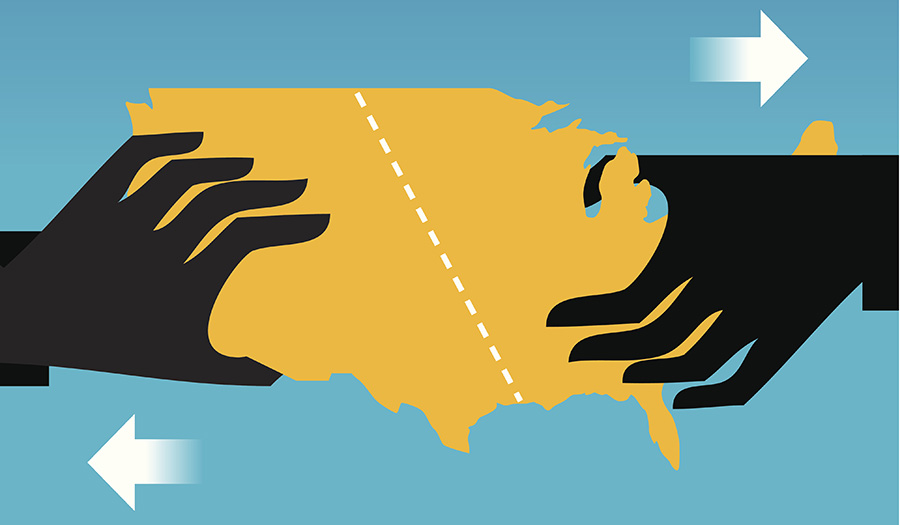 What Happened to America?
Remember when Donald Trump was impeached? That historic event happened on December 18, 2019, but it might as well be the year 1719. It is ancient history in terms of divisive events plaguing the U.S. throughout 2020.