This website requires the use of Javascript to function correctly. Performance and usage will suffer if it remains disabled.
How to Enable Javascript
Riot Declared in Portland Protests After Police Kill Man 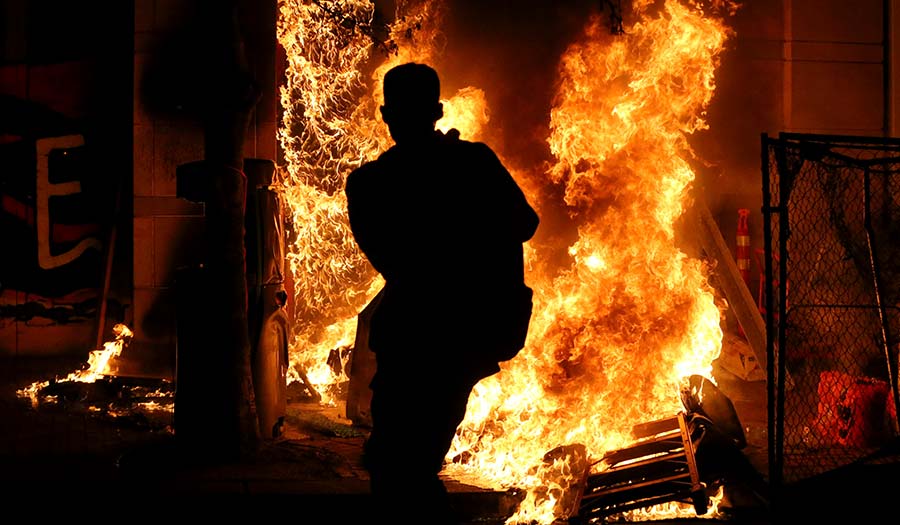 PORTLAND, Oregon (AP) – Police in Portland, Oregon, said Saturday they arrested four people after declaring a riot Friday night when protesters smashed windows, burglarized businesses and set multiple fires during demonstrations that started after police fatally shot a man while responding to reports of a person with a gun.

Police said they dispersed the crowd so firefighting crews could douse fires before they spread in extreme fire hazard conditions.

The vandalism downtown came after the police shooting earlier Friday and also was part of vigils and demonstrations already planned for the night in the name of people killed in police shootings nationwide. They include 13-year-old Adam Toledo of Chicago and Daunte Wright, a Black man in a Minneapolis suburb.

Deputy Police Chief Chris Davis told reporters a white man in his 30s had been shot and killed in Portland by police. The man was pronounced dead at the scene in Lents Park, a leafy, residential neighborhood of the city.

Two officers fired a 40mm device that shoots non-lethal projectiles, and one officer—an eight-year veteran—fired a gun, police said in a statement.

Mr. Davis did not know if the man who died had pointed a weapon at the officers and did not say how many shots were fired. A witness who spoke to reporters at the scene said the man, who had removed his shirt and was blocking an intersection, appeared to be in a mental health crisis, The Oregonian/OregonLive reported.

The police investigation into the shooting was hampered by a crowd of “fairly aggressive people” who showed up at the park within two hours of the shooting. Those arrested could face charges ranging from assaulting a public safety officer to criminal mischief.

As investigators worked the scene of the shooting and huddled over a covered body, nearly 100 yards away, a crowd of more than 150 people—many dressed in all black and some carrying helmets, goggles and gas masks—gathered behind crime scene tape, chanting and yelling at officers standing in front of them.

“We’ve had to summon just about every police officer in Multnomah County to keep this group far enough away…to preserve what we refer to in our business as the integrity of the scene, so that nobody who shouldn’t be in there goes in there,” Mr. Davis said, adding that deputies with county sheriff’s office were also helping.

The crowd later marched through the park, ripped down police tape and stood face to face with officers dressed in riot gear. Police left the park around 3:30 p.m., and the crowd eventually stood in a nearby intersection, blocking traffic and chanting.

Police said they had used pepper spray on protesters in order to keep them away. Some people hit officers with sticks and chased them as they were leaving, police said in a news release. Officers deployed smoke canisters and then used a rubber ball distraction device, police said.

Portland has been the site of frequent protests, many involving violent clashes between officers and demonstrators, since the death of George Floyd in Minneapolis in May.

Over the summer, there were demonstrations for more than 100 straight days. Earlier this week, a crowd set a fire outside the city’s police union headquarters following recent fatal police shootings in Chicago and Minneapolis.

Portland Mayor Ted Wheeler has decried what he described as a segment of violent agitators who detract from the message of police accountability and should be subject to more severe punishment.

Mr. Wheeler visited the Friday shooting scene and issued a statement urging Portland residents to “proceed with empathy and peace” while the investigation unfolds.

These shootings always are traumatic for everyone involved and for our community, regardless of the circumstances,” Mr. Wheeler said. “I want to offer my sympathy to the individual involved and to their family. My thoughts also are with the officers who were involved.” 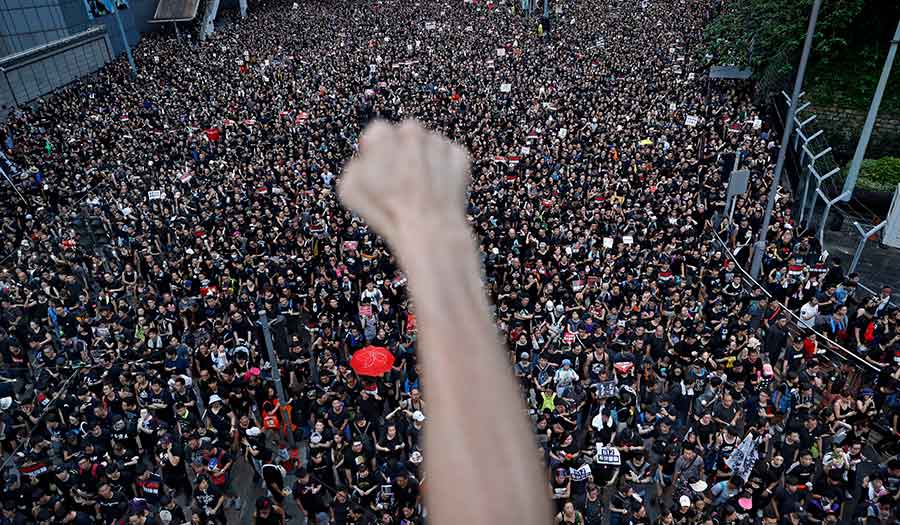 Why Don’t Protests Bring Lasting Change?
After the death of George Floyd, a black man in Minneapolis who died in police custody when a white officer pressed his knee into his neck for several minutes, protests against police brutality and racial inequality raged around the globe.