This website requires the use of Javascript to function correctly. Performance and usage will suffer if it remains disabled.
How to Enable Javascript
Forecast for Spring: Nasty Drought Worsens for Much of U.S.

Forecast for Spring: Nasty Drought Worsens for Much of U.S. 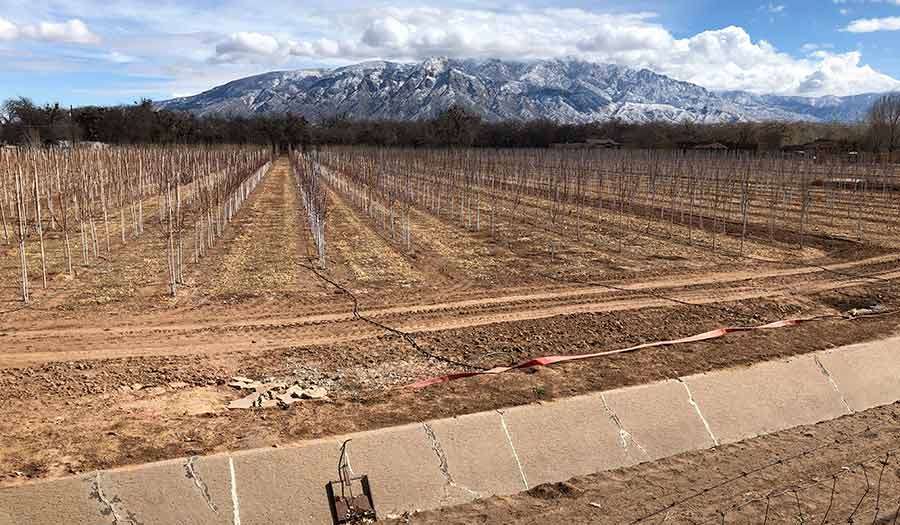 AP/Susan Montoya Bryan
An empty irrigation canal at a tree farm in Corrales, New Mexico, with the Sandia Mountains in the background, as much of the West is mired in drought (Feb. 17, 2021).

With nearly two-thirds of the United States abnormally dry or worse, the government’s spring forecast offers little hope for relief, especially in the West where a devastating megadrought has taken root and worsened.

Weather service and agriculture officials warned of possible water use cutbacks in California and the Southwest, increased wildfires, low levels in key reservoirs such as Lake Mead and Lake Powell and damage to wheat crops.

The National Oceanic and Atmospheric Administration’s official spring outlook Thursday sees an expanding drought with a drier than normal April, May and June for a large swath of the country from Louisiana to Oregon, including some areas hardest hit by the most severe drought. And nearly all of the continental United States is looking at a warmer than normal spring, except for tiny parts of the Pacific Northwest and southeast Alaska, which makes drought worse.

Several factors go into worsening drought, the agency said. A La Nina cooling of parts of the central Pacific continues to bring dry weather for much of the country, while in the Southwest heavy summer monsoon rains failed to materialize.

Thursday’s national Drought Monitor shows almost 66 percent of the nation is in an abnormally dry condition, the highest mid-March level since 2002. And forecasters predict that will worsen, expanding in parts of Florida, Texas, Oklahoma, Kansas, Nebraska, Colorado, Wyoming and South Dakota, with small islands of relief in parts of the Great Lakes and New England.

More than 44 percent of the nation is in moderate or worse drought, and nearly 18 percent is in extreme or exceptional drought—all of it west of the Mississippi River.

“The nearly West-wide drought is already quite severe in its breadth and intensity, and unfortunately it doesn’t appear likely that there will be much relief this spring,” said UCLA climate scientist Daniel Swain. “Winter precipitation has been much below average across much of California, and summer precipitation reached record low levels in 2020 across the desert Southwest.”

With the Sierra Nevada snowpack only 60 percent of normal levels, U.S. Department of Agriculture meteorologist Brad Rippey said “there will be some water cutbacks and allocation cutbacks in California and perhaps other areas of the Southwest” for agriculture and other uses. It will probably hit nut crops in the Golden State.

Winter and spring wheat crops also have been hit hard by the western drought with 78 percent of the spring wheat production area in drought conditions, Mr. Rippey said.

Swain of UCLA said the wildfires probably will not be as bad as 2020 because so much vegetation already has burned and drought conditions retarded regrowth. Last year, he said, wildfire was so massive it will be hard to exceed, though this fire season likely will be above average.

Drought and heat breed a vicious cycle. When it is this dry, less of the sun’s energy goes to evaporating soil moisture because it is not as wet, Mr. Swain said. That leaves more of the energy to heat up the air, and the heat makes the drought worse by boosting evaporation.

The drought’s flip side is that for the first time in three years, NOAA is projecting zero major spring flooding, with smaller amounts of minor and moderate flooding.

About 82 million people will be at risk for flooding this spring, mostly minor with no property damage. That is down from 128 million people last year.