This website requires the use of Javascript to function correctly. Performance and usage will suffer if it remains disabled.
How to Enable Javascript
What Is the Senate Filibuster and Why Change It?

What Is the Senate Filibuster and Why Change It? 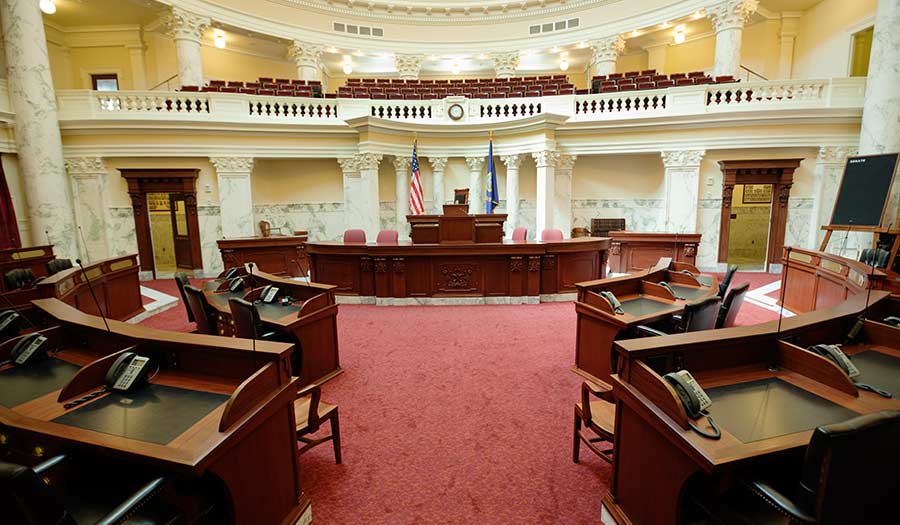 WASHINGTON (AP) – It is not that different from the movies. President Joe Biden said the Senate should operate like it did in the “old days,” with senators forced to stand up and speak all day and night if they plan to object to his legislative agenda with a filibuster.

Changing the filibuster rules is an idea backed by some Senate Democrats eager to advance Mr. Biden’s agenda in the evenly split 50-50 Senate. But Republicans are warning Democrats off any changes.

Here is a look at how the filibuster works in the Senate.

What Is a Filibuster?

The filibuster is among the Senate’s “most distinctive procedural features,” according to the Congressional Research Service.

The Senate has a longstanding practice of allowing any one senator to object to the proceedings, what is generally referred to as a filibuster that can halt action or votes.

Senators have famously stood at their desks for hours making their case, as the character played by Jimmy Stewart did in “Mr. Smith Goes to Washington” or as South Carolina Senator Strom Thurmond did to stall the 1957 Civil Rights Act.

Today, senators can merely signal their intent to object, even privately, and that is enough for Senate leaders to take action. Leaders sometimes just drop the issue from floor consideration. At other times, they push ahead, taking cumbersome steps to cut off the filibuster and move forward with the proceedings.

How to End a Filibuster?

Over time, senators grew tired of the endless filibusters and set rules for ending debate.

At the start of the 20th century, a two-thirds vote was needed to end a filibuster. By 1975, the Senate agreed to lower it to 60 votes.

Once debate is brought to a close, senators can move forward with consideration of the measure at hand, amendments or even final votes.

What Is the Problem?

As the country, and Congress, has grown more partisan, the filibuster has become a key weapon in what is often described as a procedural arms race in the Senate.

Year by year, more and more senators threaten to wage filibusters to block legislation. Overcoming filibusters can take days, if not weeks.

Even without a senator holding the floor, filibusters have forced senators into all-night and weekend votes to advance legislation, as happened during passage of the Affordable Care Act.

“Filibusters and the prospect of filibusters shape much of the way in which the Senate does its work,” the CRS report said.

Can the Senate Change the Filibuster?

It takes 51 votes to change the Senate rules, a tall order at most times but especially in the now evenly split 50-50 Senate. Democrats hold a slim majority because Vice President Kamala Harris can be a tie-breaking vote.

But senators have changed the filibuster rules before.

Fed up with Republicans’ opposition to President Barack Obama’s executive and judicial branch nominees, Democrats led by then-Senator Harry Reid of Nevada changed the rules to set a simple 51-vote threshold for confirming people in those positions.

While several Democrats and advocacy groups call for ridding the Senate of the filibuster on legislation, there does not appear to be enough support from Democratic senators at this time to do so.

Back to ‘Talking’ Filibuster?

Mr. Biden supports a return to the “old days,” as he put it, of the talking filibuster, forcing senators to stand at their desks and articulate their opposition to the proceedings, as was the practice when he first joined the Senate decades ago.

“You’ve got to work for the filibuster,” he said in an ABC News interview that aired Wednesday.

The idea has support from Democrats who see it as a possible alternative to fully ending the filibuster practice. But it still poses risks, and Democratic leaders have been reluctant to move toward that option.

Some Republican senators might see political advantage to controlling the floor to voice their opposition to White House priorities. The filibusters could also stall action on other Democratic priorities, including Mr. Biden’s nominees.

Mr. McConnell has warned of a “scorched earth” reaction if Democrats eliminate the filibuster.

At the same time, many Democrats are ready to take that chance to end the filibuster, realizing their slim majority is fragile, and Republicans might do away with it anyway to advance their priorities the next time they control the Senate and the White House. 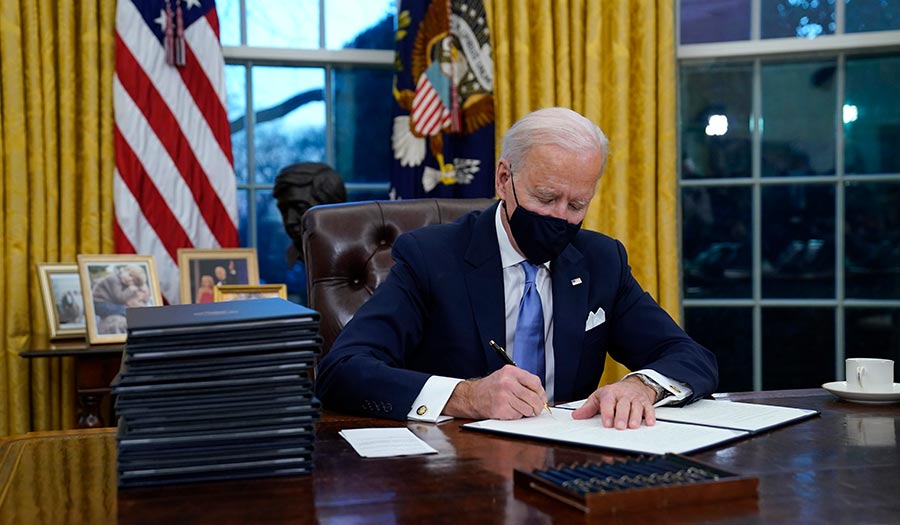 President Biden’s First 50 Days: Where He Stands on Key Promises
WASHINGTON (AP) – President Joe Biden laid out an ambitious agenda for his first 100 days in office, promising swift action on everything from climate change to immigration reform to the coronavirus pandemic.