This website requires the use of Javascript to function correctly. Performance and usage will suffer if it remains disabled.
How to Enable Javascript
Analysis: Europe Braces for Pandemic Reality to Hit Banks 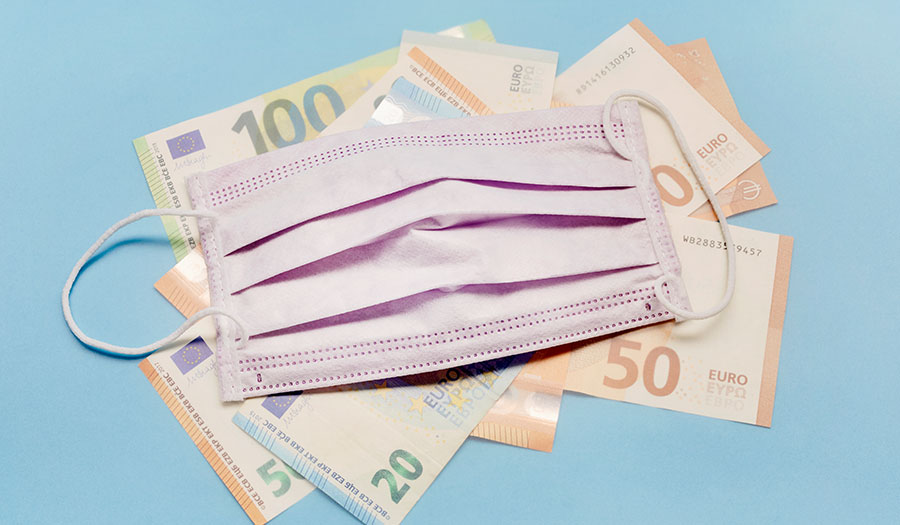 FRANKFURT (Reuters) – Unpaid debt from pandemic-stricken borrowers has ravaged profits at Europe’s big banks and kick-started a debate among politicians about whether they may ultimately need state help.

Reflecting on the pandemic’s impact, many bank executives say the worst is behind them, with Societe Generale CEO Frederic Oudea and BNP Paribas CEO Jean-Laurent Bonnafe predicting an imminent rebound.

“Optimism is...a weapon of war,” Philippe Brassac, chief executive of Credit Agricole said in January, decrying “doom-mongers.” He continued, “And this war, we can win.”

They fear more borrowers will default when government support, including billions of euros of loan guarantees in France, Spain and elsewhere, is unwound.

Officials spelled out their concerns in a report presented to euro zone finance ministers who met on Monday, warning of “wide-scale corporate distress.”

In the document, they highlighted the extent to which banks rely on governments to help borrowers.

Were it not for government support, they estimated roughly a quarter of EU firms could have been in trouble at the end of last year and cautioned that banks’ provisions for such losses did not reflect the “underlying deterioration.”

Roughly 587 billion euros ($712 billion) of loans were under moratoria and 289 billion euros of credit had been given on the back of public guarantees, they said, from a tally late last year.

“We have to avoid a sharp rise in insolvencies,” Paolo Gentiloni, the European Union’s economy commissioner, told journalists after the ministers’ gathering.

The same unease is felt at the European Central Bank, which supervises lenders.

In January, it said banks were setting aside less for bad loans than rivals in the United States and it suspected some were not taking sufficient measures, skewing the calculation of risk to convey brighter prospects for the future.

Both continents have unleashed billions to stem the economic fallout from the pandemic, although in Europe, a patchwork of independent states, the type of assistance, whether grant or guarantee, depends on which country is giving it.

France, Italy and Spain have issued billions of guarantees on loans, while Germany made generous grants.

Jerome Legras of Axiom Alternative Investments said the upbeat message of bankers jarred with that of regulators: “The message from the supervisor is almost the exact opposite.”

The rosy picture painted by some executives is also at odds with data collected by the European Datawarehouse, which has analyzed half a trillion euros of European mortgage loans.

Its survey last December calculated that one fifth of loans in the United Kingdom had required a payment break, followed closely by Portugal as well as Italy, with more than 12 percent, and Ireland with around 10 percent.

One euro zone official, speaking on condition of anonymity, said that while banks were largely robust, “some...may run into problems or have to be wound up.”

Despite the concern of European officials, deep divisions remain over how to respond.

Although the 19-country euro zone bloc agreed to put the central bank in charge of supervising lenders after the financial crash more than a decade ago, they remain at odds on what to do if lenders run into trouble.

Wealthy countries, such as Germany, are reluctant to help poorer ones, such as Italy or Greece, by establishing a joint rescue net.

Klaus Regling, head of the European Stability Mechanism, told journalists on Monday that the ESM fund, set up during the great financial crash to help countries in trouble, could be used in winding up banks from next year.

“We have created a strong second line of defense,” he said, pointing to the knock-on impact of rising insolvencies on banks and governments.

Deciding on joint action such as resorting to the ESM, however, is highly political. Efforts by the European Central Bank, for example, to set up a pan-euro-zone bad bank to help lenders warehouse and sell off troubled loans have made scant progress.

In the meantime, many bankers hope for the best.

“There will be light at the end of the tunnel,” said Steven van Rijswijk, CEO of ING. “Where the tunnel ends we do not know.”