This website requires the use of Javascript to function correctly. Performance and usage will suffer if it remains disabled.
How to Enable Javascript
UK Economy Suffered Its Biggest Drop Since 1709 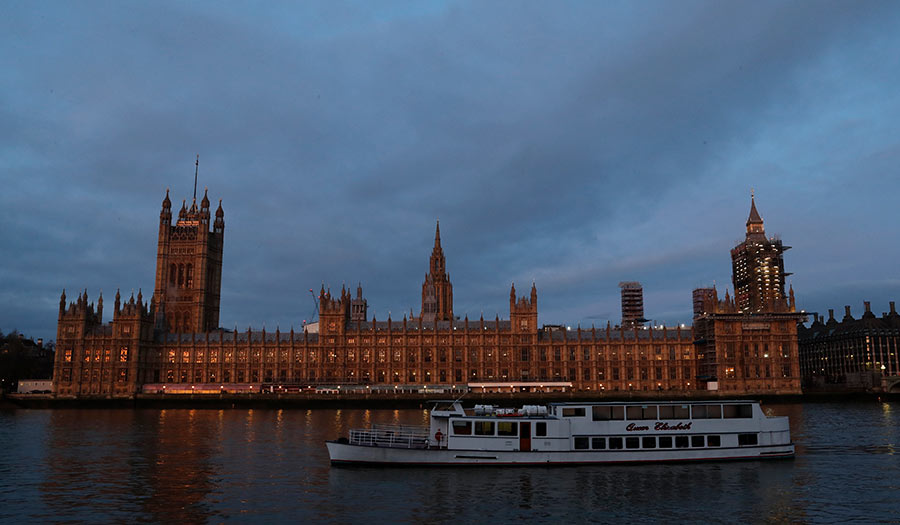 AP/Alastair Grant
The Palace of Westminster viewed from the south side of the embankment by the River Thames just after dawn in London (Jan. 18, 2021).

LONDON (AP) – The British economy suffered its biggest decline in more than 300 years in 2020 as the coronavirus pandemic closed shops and restaurants, devastated the travel industry and curtailed manufacturing.

The economy shrank 9.9 percent last year, more than twice the figure for 2009 at the height of the global financial crisis, the Office for National Statistics said Friday. The drop is the largest since 1709, when a cold spell known as the Great Frost devastated what was then a largely agricultural economy.

The data comes as Britain’s economy remains shackled by restrictions designed to combat COVID-19. A rebound in growth during the fourth quarter has been stifled by England’s third lockdown, which has closed schools, restaurants and non-essential shops since mid-December. Tough restrictions also remain in place in Northern Ireland, Scotland and Wales.

“Today’s figures show that the economy has experienced a serious shock as a result of the pandemic, which has been felt by countries around the world,” the UK’s top treasury official, Chancellor Rishi Sunak, said in a statement. “While there are some positive signs of the economy’s resilience over the winter, we know that the current lockdown continues to have a significant impact on many people and businesses.”

Mr. Sunak said he would announce new plans to protect jobs and bolster the economy when he delivers his annual budget statement to the House of Commons on March 3.

The GDP figures show the breadth of the pandemic’s economic impact in Britain.

The service sector, which accounts for about 80 percent of the UK economy, shrank 8.9 percent last year, with output from accommodation, food and beverage businesses down more than 55 percent from February levels. Manufacturing fell 8.6 percent and construction 12.5 percent.

In addition, Britain has suffered from Europe’s deadliest coronavirus outbreak, with more than 115,000 deaths recorded so far. 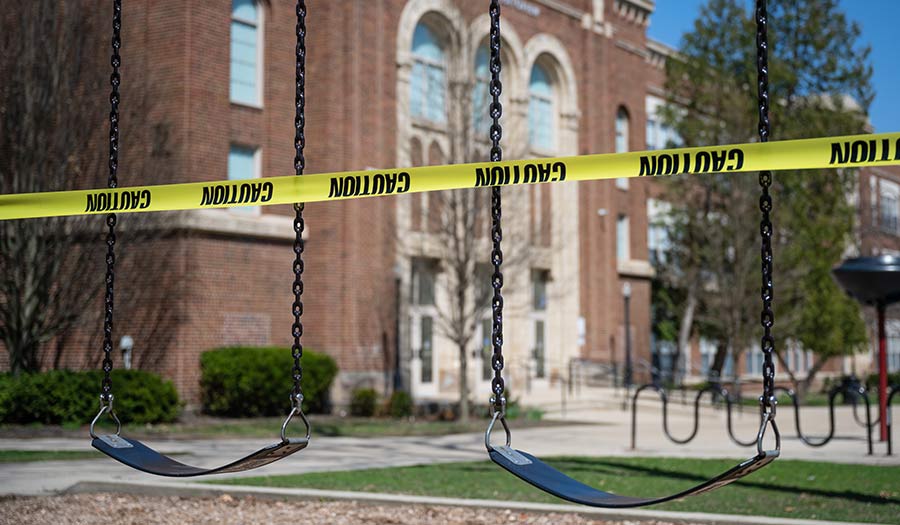 Pressure Builds on Schools to Reopen During Pandemic
CONCORD, NEW HAMPSHIRE (AP) – Pressure is building on school systems around the U.S. to reopen classrooms to students who have been learning online for nearly a year, pitting politicians against teachers who have yet to be vaccinated against COVID-19.