This website requires the use of Javascript to function correctly. Performance and usage will suffer if it remains disabled.
How to Enable Javascript
Virginia’s Lee Statue Has Been Removed from the U.S. Capitol

Virginia’s Lee Statue Has Been Removed from the U.S. Capitol

Jack Mayer/Office of Governor of Virginia

A statue of Confederate General Robert E. Lee being removed from the National Statuary Hall Collection in Washington, D.C. (Dec. 21, 2020).

WASHINGTON (AP) – A statue of Confederate General Robert E. Lee that has represented Virginia in the U.S. Capitol for 111 years has been removed.

Mr. Northam had requested the removal and a state commission decided that Lee was not a fitting symbol for the state.

Lee’s statue had stood with George Washington’s statue since 1909 as Virginia’s representatives in the Capitol. Every state gets two statues.

The state commission has recommended replacing Lee’s statue with a statue of Barbara Johns. She protested conditions at her all-black high school in the town of Farmville in 1951. Her court case became part of the landmark Brown v. Board of Education decision by the U.S. Supreme Court. The ruling had struck down racial segregation in public schools.

“The Confederacy is a symbol of Virginia’s racist and divisive history, and it is past time we tell our story with images of perseverance, diversity, and inclusion,” Mr. Northam said in a statement.

The Democratic governor added: “I look forward to seeing a trailblazing young woman of color represent Virginia in the U.S. Capitol, where visitors will learn about Barbara Johns’ contributions to America and be empowered to create positive change in their communities just like she did.”

The presence of statues of generals and other figures of the Confederacy in Capitol locations such as Statuary Hall—the original House chamber—has been offensive to African American lawmakers for many years. Former Representative Jesse Jackson Jr., an Illinois Democrat, was known to give tours pointing out the numerous statues.

But it is up to the states to determine which of their historical figures to display. Jefferson Davis, a former U.S. senator from Mississippi who was president of the Confederate States of America, is represented by one of two statues from that state.

The fight over equality in the United States is prompting the removal of statues of controversial historical figures. Is this all about making amends or erasing history? Read our article History or Hatred? – The War Over Confederate Statues. 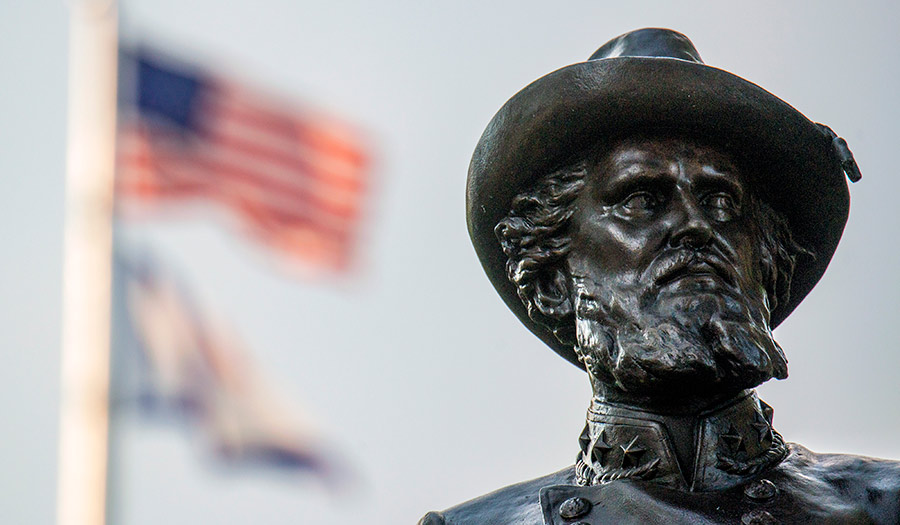