This website requires the use of Javascript to function correctly. Performance and usage will suffer if it remains disabled.
How to Enable Javascript
Pandemic Fueling Cambodian ‘Bride Trafficking’ to China 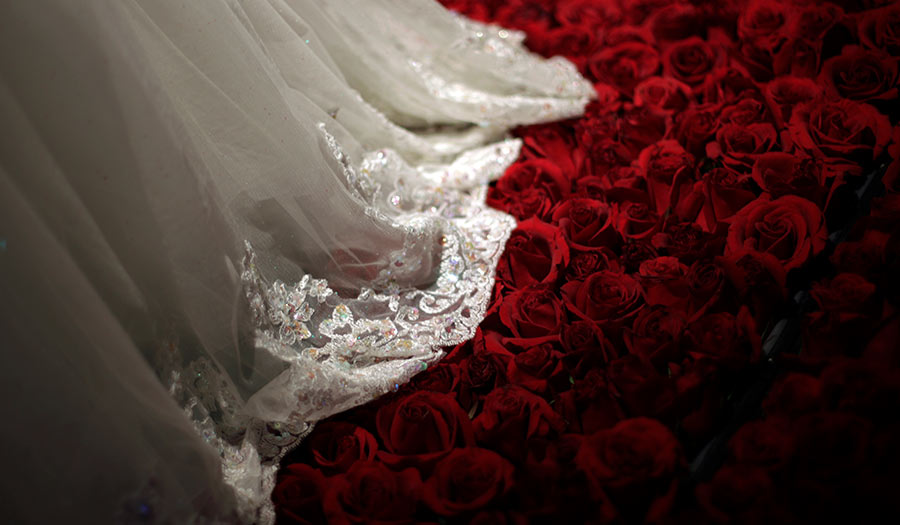 Reuters/Aly Song
A wedding dress is displayed during a group wedding ceremony at the Shanghai World Expo (May 11, 2010).

PHNOM PENH (Thomson Reuters Foundation) – The trafficking of Cambodian “brides” to China has risen sharply this year with mass job losses caused by the COVID-19 pandemic driving more young women and girls abroad to support their families, according to two charities that help victims.

Over the past decade, tens of thousands of women from Southeast Asia have been sent to China by criminal networks promising lucrative jobs, only to be sold as brides—some to abusive men—as China grapples with a huge gender imbalance.

Anti-trafficking organizations said the impact of coronavirus on Cambodia’s garment, hospitality and tourism sectors had fueled a spike in “bride trafficking” this year.

“There is no work, no options, for young women, so it has become even easier for perpetrators to persuade women and their families,” said Chan Saron, program manager at Chab Dai.

The charity has received reports of a new case every three days on average in 2020—double the caseload of previous years.

Most of the victims are in their twenties but some are as young as 14, according to Chab Dai’s program manager, who said thousands of cases were likely going unreported.

Authorities in Cambodia have said the crime is difficult to tackle because victims’ relatives are often complicit and the promise of cash—up to thousands of dollars—by criminal matchmakers is difficult to resist for poor, rural families.

“The women, most of them know the risks,” Chou Bun Eng, deputy head of the Cambodian government’s counter-trafficking committee, told the Thomson Reuters Foundation.

“But they still go. It’s all about money, money, money,” she added. “[The crime] is increasing because the perpetrators are clever, they are tricky…promising wealth.”

Bun Eng said authorities in Vietnam—increasingly a transit country for women headed to China—had got better at spotting potential Cambodian victims and stopping them reaching China.

Officials in China and Vietnam could not be reached for comment.

“The drastic rise in the number of Cambodians trafficked through Vietnam is a sign of how traffickers are willing to try new routes and new tricks to keep their trade going.”