This website requires the use of Javascript to function correctly. Performance and usage will suffer if it remains disabled.
How to Enable Javascript
Vaccine Rollout Could Ease Crisis, but Who Gets It First?

Vaccine Rollout Could Ease Crisis, but Who Gets It First? 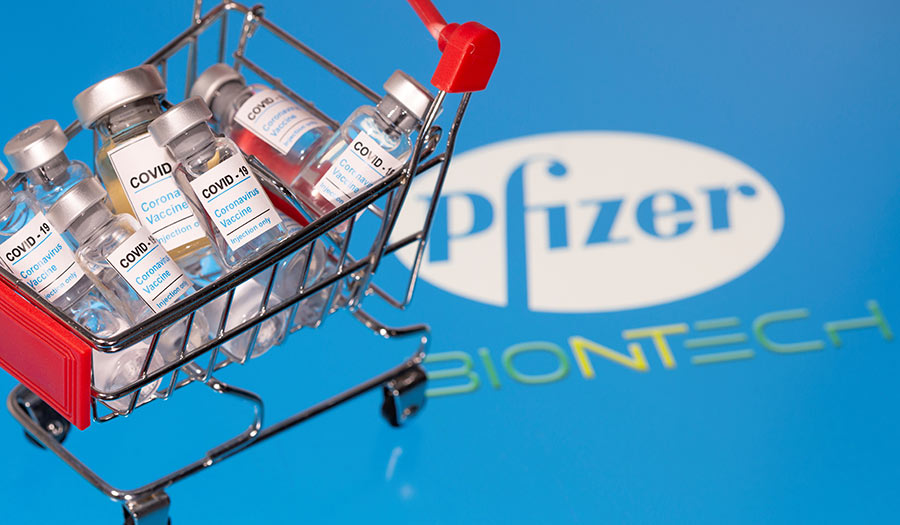 As the decision looms for President-elect Joe Biden’s incoming administration, a new analysis argues for targeting the first vaccines to the same low-income black, Hispanic and Native American households that have disproportionately suffered from the coronavirus. But no one at the federal level has committed to the idea, which would be a significant shift from the current population-based method adopted by Operation Warp Speed.

“It’s not just a math problem. It’s a question of implementing a major social justice commitment,” said Harald Schmidt, a medical ethicist at the University of Pennsylvania, who compared the strategies with colleagues from the Massachusetts Institute of Technology and Boston College. The Associated Press conducted an independent analysis of the findings and worked with the team to estimate how many disadvantaged people would benefit.

If the shots get to the right people, Dr. Schmidt argues, the benefits could extend to the entire nation: Fewer people would get sick, hospital capacity would improve and more of the economy could reopen. Lives would be saved.

In October, a panel advising the federal government suggested setting aside 10 percent of the vaccine supply to distribute as an extra boost to the states with greater shares of disadvantaged groups. But the idea from the National Academies of Sciences, Engineering and Medicine has been largely ignored.

The strategy could get vaccines to 12.3 million more vulnerable people in the early phases of distribution compared with the population-based method, the AP found in a collaboration with Dr. Schmidt’s team.

Any distribution system will reverberate across the nation, with consequences for everyone. It will be shaped by the early steps of federal officials and by state leaders who will allocate vaccines in the months when there is not enough supply to go around. California and several other states have stated that they intend to direct some of their supply to disadvantaged neighborhoods, but there is no national strategy to do so.

The director of the Centers for Disease Control and Prevention, Dr. Robert Redfield, said Thursday that he looks forward to future recommendations that prioritize people 70 and older who live with younger relatives. “Often our Hispanic, black and tribal nations families care for their elderly in multigenerational households, and they are also at significant risk,” Dr. Redfield said in a statement.

Redfield has approved initial recommendations that put health care personnel and residents of long-term care facilities at the front of the line.

No vaccine has been authorized for use yet in the U.S., but the preliminary results of ongoing clinical trials have been encouraging for Moderna’s and Pfizer’s candidates. If the Food and Drug Administration allows emergency use of one or both of those vaccines, there will be limited, rationed supplies before the end of the year.

Operation Warp Speed officials announced last week that states would receive vaccine in proportion to their adult populations, at least for the first 6.4 million doses and possibly beyond.

“We thought it best to keep it simple,” Health and Human Services Secretary Alex Azar said. “We thought that would be the fairest approach, the most consistent.”

Fairness is not that simple, Dr. Schmidt said.

“Allocating vaccines to states according to population does not help reduce inequity,” Dr. Schmidt said. Vulnerable people will face more rationing in states such as New Mexico that have higher shares of vulnerable people. “That’s not fair.”