This website requires the use of Javascript to function correctly. Performance and usage will suffer if it remains disabled.
How to Enable Javascript
Armenia Raises Nagorno-Karabakh Conflict Troop Toll to 2,425 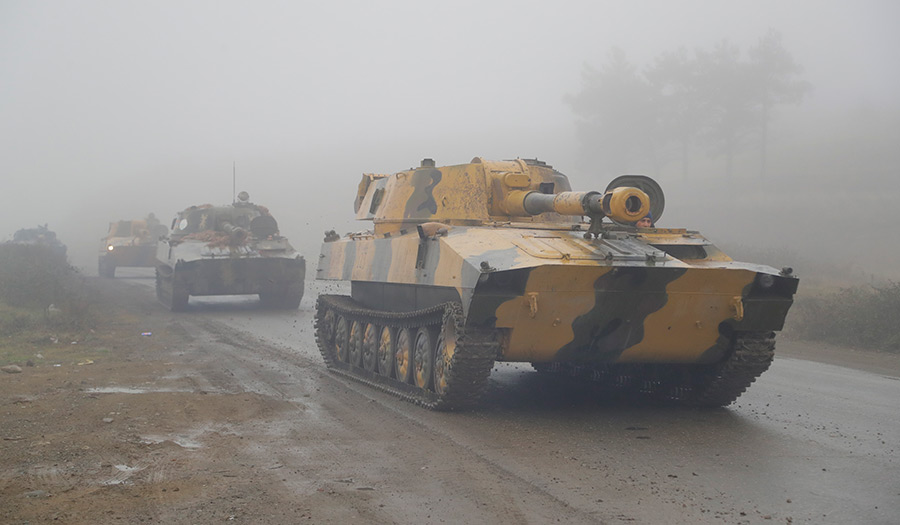 AP/Sergei Grits
Armenian tanks roll on a road during the withdrawal of Armenian troops from the separatist region of Nagorno-Karabakh (Nov. 18, 2020).

YEREVAN, Armenia (AP) – Armenia’s Health Minister Arsen Torosian said a new tally showed that 2,425 Armenian forces died in the recent conflict over the separatist region of Nagorno-Karabakh, about 1,000 more than previously reported. Azerbaijan has not revealed its number of military casualties.

A Russia-brokered cease-fire halted fighting that killed hundreds, possibly thousands, in six weeks, but it stipulated that Armenia turn over control of some areas its holds outside Nagorno-Karabakh’s borders to Azerbaijan and angered many Armenians.

Thousands of people have regularly protested in Armenia’s capital, Yerevan, demanding Prime Minister Nikol Pashinian’s ouster. Mr. Pashinian brushed off calls to quit, but two of his ministers resigned this week amid the unrest, and Armenian President Armen Sarkissian called for a snap election.

Mr. Pashinian presented a 15-point “road map” Wednesday aimed at “ensuring democratic stability” in what appeared to be a bid to resolve the political crisis.

Mr. Pashinian’s plan calls for resuming the negotiation process over Nagorno-Karabakh under the auspices of the Minsk Group, which was set up by the Organization for Security and Cooperation in Europe in the 1990s to mediate the conflict between Armenia and Azerbaijan over Nagorno-Karabakh.

The prime minister’s “road map” also envisions returning Nagorno-Karabakh residents who fled the region to their homes, restoring damaged infrastructure in areas that remain under the control of Nagorno-Karabakh’s separatist authorities, and helping wounded soldiers and the families of those who were killed in the fighting.

Nagorno-Karabakh lies within Azerbaijan but has been under the control of ethnic Armenian forces backed by Armenia since a separatist war there ended in 1994. The fighting that erupted late September marked the biggest escalation of a decades-old conflict between the two ex-Soviet nations in over a quarter century. 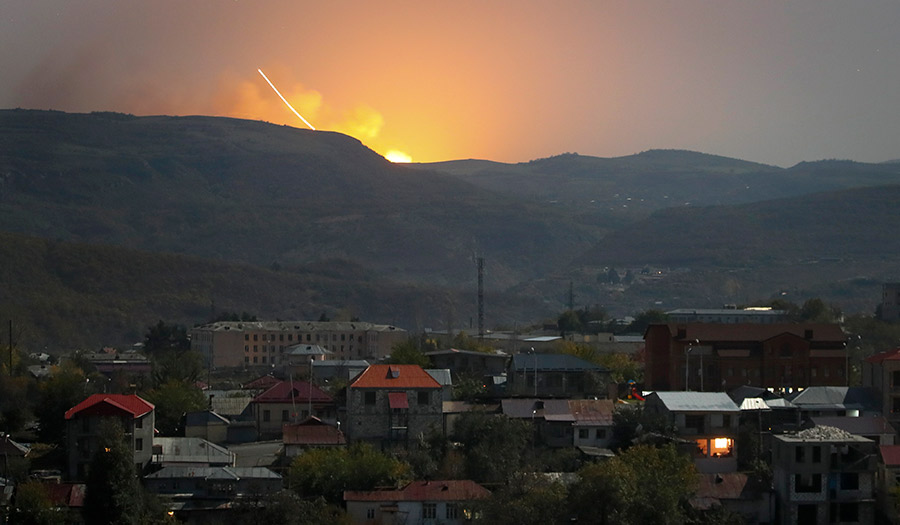 Fighting Over Nagorno-Karabakh Drags Past 6th Week. What’s Behind the Armenia-Azerbaijan Conflict?
The Associated Press – Fighting over the separatist territory of Nagorno-Karabakh entered a sixth week Sunday with Armenian and Azerbaijani forces blaming each other for new attacks. The mountainous region has been in a tense limbo since a 1994 truce. The Associated Press explains what is behind the long-unresolved conflict and its most recent flare-up.