This website requires the use of Javascript to function correctly. Performance and usage will suffer if it remains disabled.
How to Enable Javascript
Poll: Four in Ten Supporters of Biden, Trump Would Not Accept Election Defeat

Poll: Four in Ten Supporters of Biden, Trump Would Not Accept Election Defeat 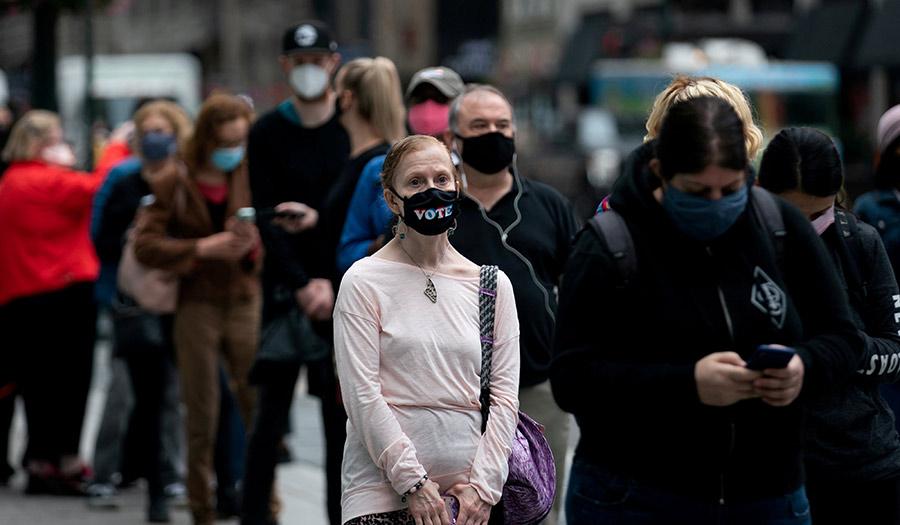 Reuters/Jeenah Moon
Voters line up to cast ballots outside Madison Square Garden in Manhattan on the first day of early voting (Oct. 24, 2020).

Reuters – More than four in ten supporters of both President Donald Trump and his Democratic challenger, Joe Biden, said they would not accept the result of the November election if their preferred candidate loses, a Reuters/Ipsos poll found.

Smaller portions would take action to make their displeasure known: 22 percent of Biden supporters and 16 percent of Trump supporters said they would engage in street protests or even violence if their preferred candidate loses.

U.S. election officials are dealing with a series of challenges this year that have raised concerns about the public’s confidence in the result.

Top national security officials warned last week that Russia and Iran have been hacking into U.S. voting systems and looking for ways to undermine the election.

Donald Green, a political scientist at Columbia University, said the poll results ease his concerns about post-election violence. But he warned that if the election is close, or one candidate can make a credible accusation of voter fraud, it could spark wider discontent and protests than the poll suggests.