This website requires the use of Javascript to function correctly. Performance and usage will suffer if it remains disabled.
How to Enable Javascript
Nigerians Protesting Brutality, Corruption, Break 24-hour Curfew amid Gunfire 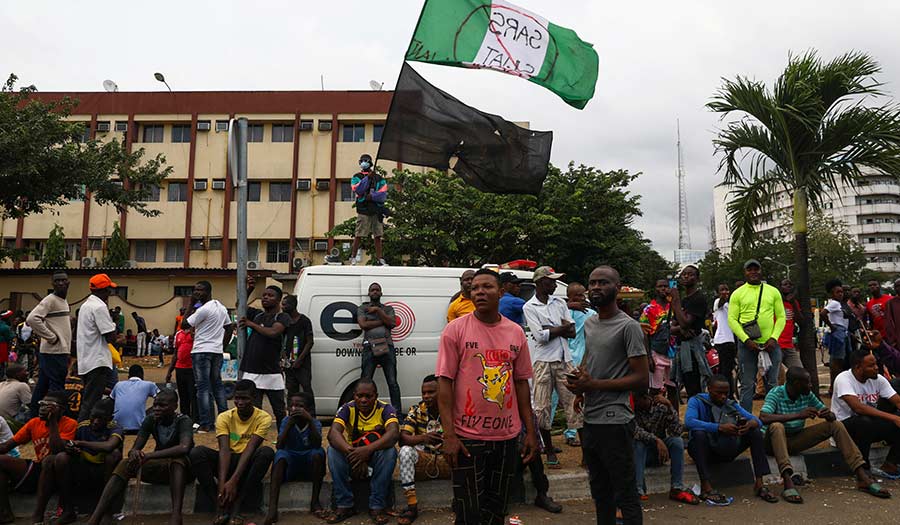 Reuters/Temilade Adelaja
Demonstrators gather on the street to protest against alleged police brutality, despite a round-the-clock curfew imposed by authorities on the Nigerian state of Lagos (Oct. 20, 2020).

Nigerian protesters demanding an end to police brutality defied a curfew and faced off with security forces Wednesday as gunfire rang out and fires burned in Lagos, a day after shots were fired into a crowd of demonstrators singing the country’s national anthem.

It is not clear how many protesters were killed in Tuesday night’s shooting at the Lekki toll plaza in the West African country’s sprawling commercial capital. Lagos’ governor said many were injured and one person had died, but that it was not certain if he was a protester.

Amnesty International and the UN’s high commissioner for human rights both said security forces were responsible for multiple deaths. The military has denied it was responsible, amid global outrage over the shooting.

Thousands of Nigerians demanding an end to alleged police brutality have taken to the streets every day for nearly two weeks across the country. Amnesty International said at least 15 people had been killed since the protests began.

Gunfire reverberated across Lagos on Wednesday, including at the Lekki toll plaza, where young demonstrators were rallying again despite an order for everyone to stay off the streets until further notice. At the sound of the shots, some protesters could be seen running away, though it was not clear if the crowd was fired upon.

Police also fired tear gas at bands of demonstrators and smoke could be seen billowing from several areas in the city’s center. Two private TV stations were forced off the air at least temporarily as their offices were burned.

Demonstrations and gunfire were also reported in several other Nigerian cities, including the capital city, Abuja.

Young people have taken to the streets since earlier this month after anger over heavy-handed policing flared in response to a video of a man being beaten, apparently by officers with the Special Anti-Robbery Squad, known as SARS.

In response to the #EndSARS movement, the government announced it would disband the unit, which Amnesty International says has been responsible for many cases of torture and killings. But that has failed to satisfy demonstrators, who are now demanding more widespread reforms to end human rights abuses committed by security forces of all stripes and pervasive government corruption.

Though Nigeria has massive oil wealth, and is one of Africa’s largest economies, many of its more than 200 million people face high levels of poverty and lack basic services—because of rampant graft, according to rights groups.

Lagos has been the center of the protests, with demonstrators at times blocking access to the airport and barricading roads leading to the country’s main ports. 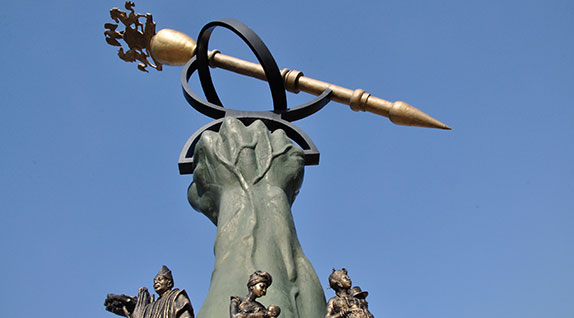