This website requires the use of Javascript to function correctly. Performance and usage will suffer if it remains disabled.
How to Enable Javascript
Taiwan to Raise Defense Spending as China Details Combat Drills 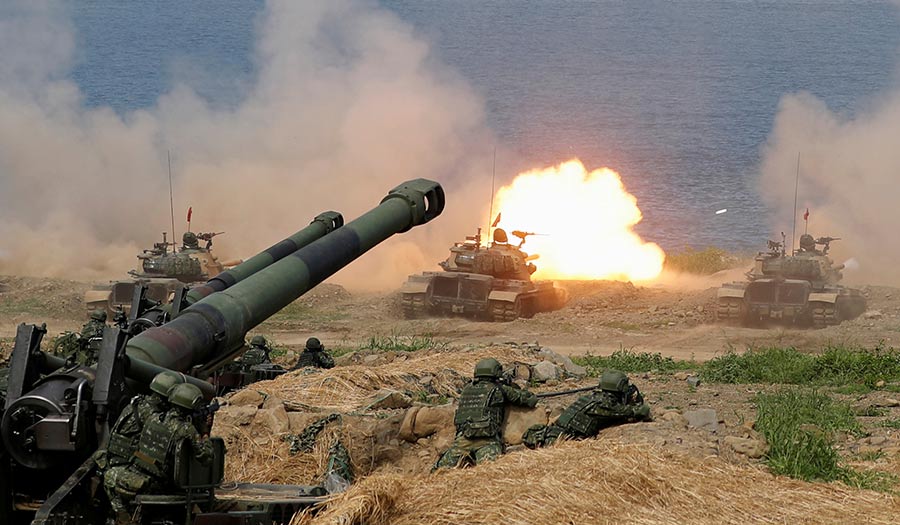 TAIPEI (Reuters) – Taiwan unveiled a $1.4 billion increase for next year’s planned defense spending on Thursday, as China announced details of its latest combat drills near the democratic island.

China has stepped up its military activity near Taiwan, which it regards as a breakaway province.

Mr. Tsai’s Cabinet is proposing $15.4 billion in military spending for the year starting in January, versus $14 billion budgeted for this year, up 10.2 percent according to Reuters calculations.

“The steady increase in the defense budget will facilitate the implementation of various military-building and war-preparation tasks…and ensure national security and regional peace and stability,” Taiwan’s Defense Ministry said.

About three hours after the budget announcement, China’s People’s Liberation Army’s Eastern Theatre Command said its forces had in recent days carried out combat drills in the Taiwan Strait and to the north and south of the island, implying they were aimed at Mr. Azar’s trip.

“Recently, a certain large country has continued to make negative moves on Taiwan-related issues, sending serious wrong signals to ‘Taiwan independence’ forces, and seriously threatening the peace and stability of the Taiwan Strait,” it said.

“The theatre command’s organizing of patrols and exercises are necessary actions taken in response to the current security situation across the Taiwan Strait and to safeguard national sovereignty,” the statement added.

Taiwan’s Defense Ministry said the situation was normal and people should not worry.

The budget must be approved by lawmakers, though Mr. Tsai’s Democratic Progressive Party has a large majority in the legislature, making it unlikely to be blocked.

China has never renounced the use of force to bring Taiwan under its control, and has denounced the United States for arms sales to the island. Washington is bound by law to provide Taiwan with the means to defend itself.

Taiwan is in discussions with the United States to acquire sea mines to deter amphibious landings, as well as cruise missiles for coastal defense, Taiwan’s de facto ambassador to United States said on Wednesday.

Taiwan’s military is well-armed, but dwarfed by that of China.

“Taiwan authorities are spending their taxpayers’ money on defense, but no matter how much they spend on defense, Taiwan is still a small place. Confronting the mainland is like an ant trying to shake a tree,” Chinese Foreign Ministry spokesman Zhao Lijian told reporters in Beijing.