This website requires the use of Javascript to function correctly. Performance and usage will suffer if it remains disabled.
How to Enable Javascript
More than 40 Countries Accuse North Korea of Breaching UN Sanctions 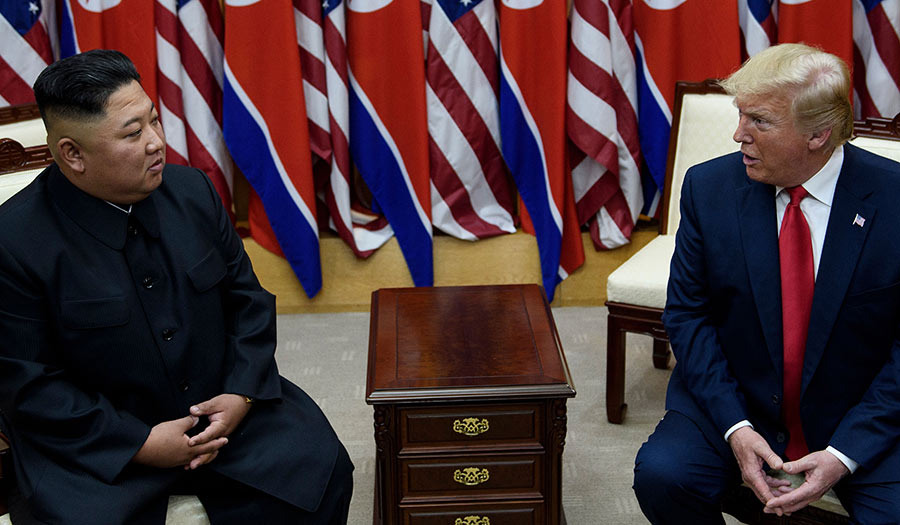 NEW YORK (Reuters) – More than 40 countries accused North Korea on Friday of illicitly breaching a United Nations cap on refined petroleum imports and called for an immediate halt to deliveries until the end of the year, according to a complaint seen by Reuters.

The 15-member UN Security Council imposed an annual cap of 500,000 barrels in December 2017 in a bid to cut off fuel for North Korea’s nuclear weapons and ballistic missile programs.

But in a complaint to the U.N. Security Council North Korea sanctions committee, 43 countries—including the United States, Britain and France—said they estimated that in the first five months of this year Pyongyang had imported more than 1.6 million barrels of refined petroleum via 56 illicit tanker deliveries.

The countries asked the Security Council sanctions committee to make an official determination that North Korea had exceeded the cap and “inform member states that they must immediately cease selling, supplying, or transferring refined petroleum products to the DPRK for the remainder of the year.”

Similar requests to the committee in 2018 and 2019 were blocked by North Korean allies Russia and China. They are also the only two countries to have formally reported deliveries of refined petroleum to the Security Council sanctions committee.

North Korea has been subjected to UN sanctions since 2006 over its nuclear and ballistic missile programs. While the Security Council has steadily strengthened sanctions, UN monitors reported this year that North Korea continued to enhance its programs last year.

North Korean leader Kim Jong Un and U.S. President Donald Trump have met three times since 2018, but failed to make progress on U.S. calls for Pyongyang to give up its nuclear weapons and North Korea’s demands for an end to sanctions.

The complaint to the Security Council committee said: “If the DPRK is able to flagrantly evade international sanctions, it will have little incentive to engage in serious negotiations.”