This website requires the use of Javascript to function correctly. Performance and usage will suffer if it remains disabled.
How to Enable Javascript
More Migrants Caught Crossing U.S.-Mexico Border Despite Pandemic Restrictions 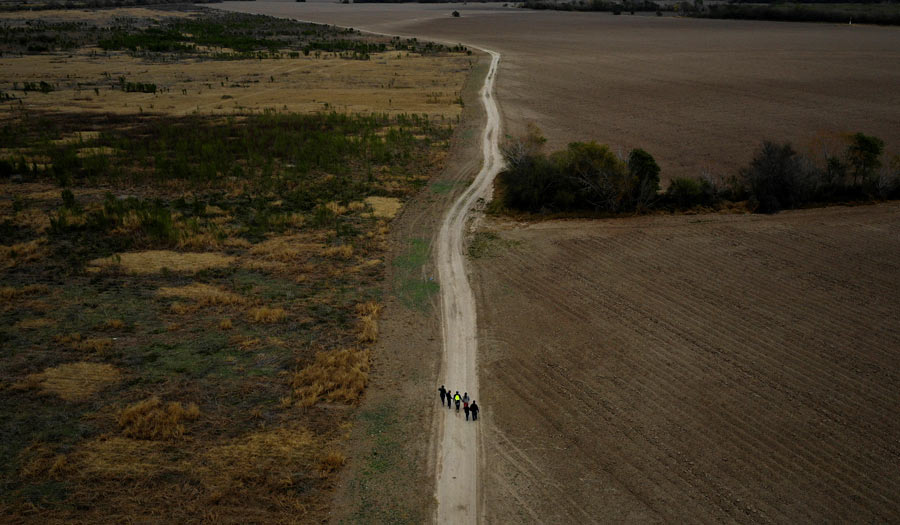 Reuters/Adrees Latif
A group of migrants walk past plowed farmland after crossing into the United States from Mexico, as they make their way toward a gap in the border wall to surrender to US border patrol, near Penitas, Texas (Jan. 10, 2019).

Roughly nine in 10 of those caught crossing the U.S.-Mexico border in June were single adults, according to statistics released on Thursday by U.S. Customs and Border Protection (CBP). The number of single adults from Mexico detained at the border is on pace to rise this year, a shift away from arrests of mostly Central American families and unaccompanied children in 2019.

As the coronavirus spread across the United States in March, the Trump administration restricted non-essential travel across the borders with Mexico and Canada to contain the disease. At the same time, the administration put in place health-focused rules that allowed U.S. border authorities to rapidly expel migrants caught trying to cross illegally, arguing they could bring the virus into the United States.

The number of migrants caught by Border Patrol—particularly families and unaccompanied children—plummeted in April as the new measures went into effect and countries in the region-initiated lockdowns.

Despite gradual increases seen both in May and June, the crossings still remain far below last year, when arrests peaked in May at 133,000.