This website requires the use of Javascript to function correctly. Performance and usage will suffer if it remains disabled.
How to Enable Javascript
White House Renews Threat to Cut Ties with Beijing, a Day After High-level U.S.-China Talks 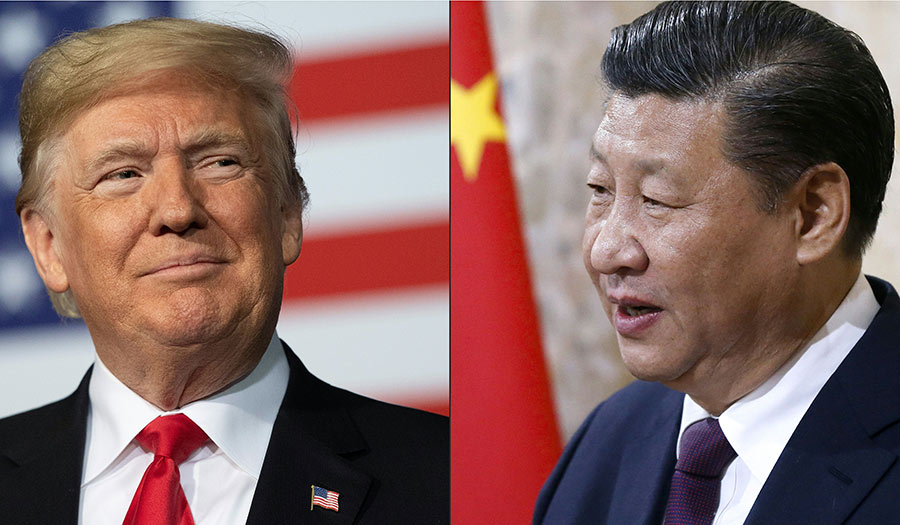 WASHINGTON (Reuters) – President Donald Trump on June 18 renewed his threat to cut ties with China, a day after his top diplomats held talks with Beijing and his trade representative said he did not consider decoupling the U.S. and Chinese economies a viable option.

The top U.S. diplomat for East Asia described U.S.-China relations as “tense” after their first high-level face-to-face diplomatic talks in months, although he said Beijing did recommit to the first part of a trade deal reached this year and that coming weeks would show if there had been progress.

Mr. Trump has made rebalancing the massive U.S. trade deficit with China a top priority, but relations have worsened steadily as his campaign for re-election in November heats up.

“It was not Ambassador Lighthizer’s fault (yesterday in Committee) in that perhaps I didn’t make myself clear,” Mr. Trump said in a tweet referring to his trade representative, Robert Lighthizer.

“But the U.S. certainly does maintain a policy option, under various conditions, of a complete decoupling from China.”

Mr. Lighthizer told a House of Representatives committee on June 17 he did not see that as viable.

U.S.-China relations have reached their lowest point in years since the coronavirus pandemic that began in China hit the United States hard, and Mr. Trump and his administration have repeatedly accused Beijing of not being transparent about the outbreak.

Among multiple points of friction, the countries are also at odds over China’s moves to impose new security legislation on Hong Kong, which have prompted Mr. Trump to initiate a process to eliminate special U.S. treatment for the territory.

Mr. Trump made clear the deterioration in the relationship last month when he said he had no interest in speaking right now to President Xi Jinping, whom he has hailed as a friend, and suggesting he could even cut ties with China.

Mr. Lighthizer said he expected to see more supply chains moving to the United States because of tax and regulatory changes, but also noted that the U.S.-China trade deal would result in significant positive changes and increased Chinese purchases of U.S. goods and services.

The Phase 1 U.S.-China trade deal calls for China to buy $200 billion in additional U.S. goods and services over two years, but skeptics say the pandemic and resulting economic slowdowns will make it difficult for Beijing to reach its targets for this year.

U.S. Secretary of State Mike Pompeo met China’s top diplomat, Yang Jiechi, for a day of talks in Hawaii on Wednesday, but those appear to have done little to improve the mood.

As the Hawaii meeting began, Mr. Trump signed legislation calling for sanctions against those responsible for repression of Uighur Muslims in China’s Xinjiang region, prompting Beijing to threaten retaliation.

David Stilwell, the assistant secretary for East Asia, told reporters that China’s attitude in the talks could not be described as forthcoming and described relations as “tense.”

He said recent Chinese actions, over India, in the South China Sea and over Hong Kong, had not been constructive and that Washington looked forward to seeing China reconsider its plans for security legislation for Hong Kong.

At the same time, Mr. Stilwell said China did recommit to following through on the trade agreement and added that efforts to persuade North Korea to give up its nuclear weapons were another area of potential cooperation.

“The trade deal—the Chinese have recommitted to that numerous times…and they insist that they will follow through,” Mr. Stilwell said. “This is a good acid test to see if they will be cooperative partners.”

“We’ll see in the next week or two, or however long it takes, [if] they begin to live up to their commitments,” he said.

China described the Hawaii talks as “constructive,” but its Foreign Ministry said Mr. Yang told Mr. Pompeo that Washington needed to respect Beijing’s positions on key issues and halt its interference in matters such as Hong Kong, Taiwan and Xinjiang, while working to repair relations.

Hours after the meeting ended, China said its top parliamentary body would review draft Hong Kong security legislation during a session that began on Thursday.

Earlier, foreign ministers of the G7 countries, including Mr. Pompeo, issued a statement calling on China not to follow through with the legislation, which critics call an assault on the territory’s democratic freedoms.