This website requires the use of Javascript to function correctly. Performance and usage will suffer if it remains disabled.
How to Enable Javascript
20 U.S. Veterans Kill Themselves Every Day. Here Is President Trump’s Plan to Stem the Tide.

20 U.S. Veterans Kill Themselves Every Day. Here Is President Trump’s Plan to Stem the Tide. 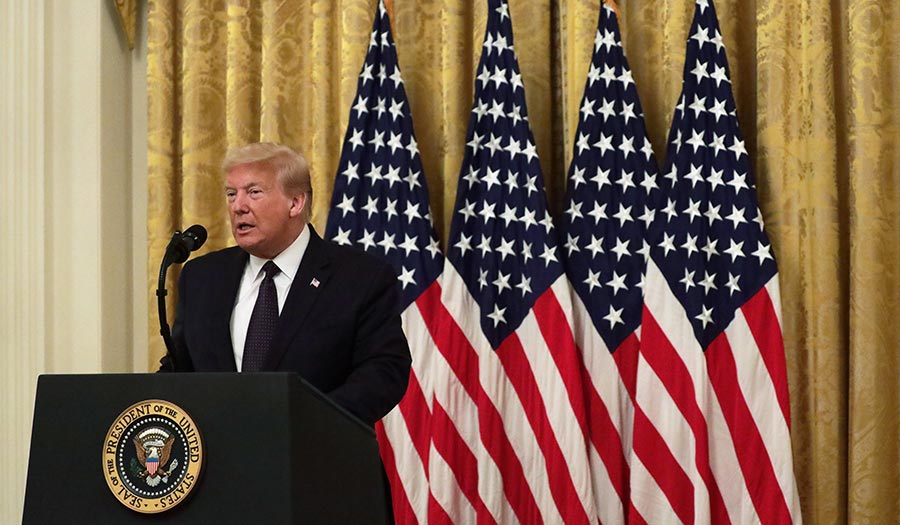 WASHINGTON (AP) – President Donald Trump released a plan June 17 to address the persistently high number of suicides by veterans, with initiatives including firearm safety, wellness programs at workplaces and new barriers near railroads and bridges.

As part of the $53 million, two-year effort, a public messaging campaign starting in the coming weeks is intended to raise awareness about suicide at a time of increased social distancing and isolation during a pandemic.

The plan also awards grants to community programs outside the Department of Veterans Affairs, building on Mr. Trump’s expansion of the private-sector Veterans Choice health program.

“My administration is marshaling every resource to stop the crisis of veterans suicide and protect our nation’s most treasured heroes,” Mr. Trump said at a White House event.

Mr. Trump established a federal task force last year to develop a way to lower veterans’ suicides. Currently, about 20 veterans die by suicide each day, about 1.5 times higher than those who have not served in the military. The government says about 14 of those 20 were not under VA care, pointing to a need for improved outreach.

White House officials expressed concern about an even greater risk of suicide because of economic strain and isolation stemming from social distancing restrictions during the coronavirus pandemic.

“We seek to reach every corner of our nation, leaving no one behind,” according to the 66-page plan, which was initially set for release in March.

Officials say the public awareness campaign will be similar in scope to those against drunken driving and will focus on dispelling myths, such as it being dangerous to talk openly about issues of mental health and suicide.

Among those leading the effort is Vice President Mike Pence’s wife, Karen Pence, who said it was an opportune time “because we are all dealing with anxiety.”

“It’s my goal to help take away the stigma of mental health,” Mrs. Pence said. “We are giving them hope. We want them to know, and anyone who is considering suicide, that there are people who want to help.”

The plan urges increased education on gun safety, such as “voluntary safe storage,” and counseling and limiting access to prescription drugs if a veteran is seen at a higher risk of mental distress. VA data suggest that limited health care access, gun ownership and opioid addiction are risk factors for suicide.

It also set a goal of getting employers representing 25 percent of the national workforce to commit to prioritizing mental health and wellness programs in the workplace. So far, organizations representing more than 6 million employees have signed a pledge to do so.

The effort will also aim to better coordinate research on suicide prevention across agencies, including Veterans Affairs, Defense and Homeland Security.