This website requires the use of Javascript to function correctly. Performance and usage will suffer if it remains disabled.
How to Enable Javascript
Where Are the World’s Stateless People?

Where Are the World’s Stateless People? 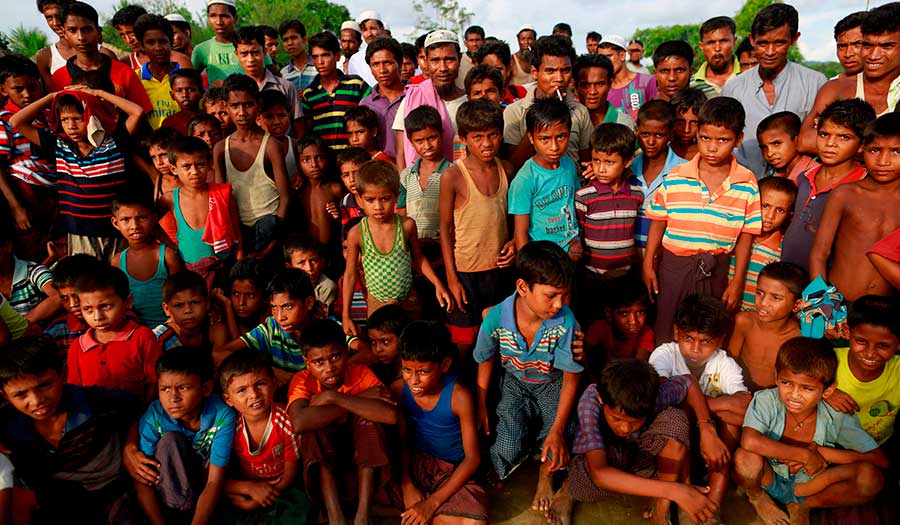 LONDON (Thomson Reuters Foundation) – An estimated 10 to 15 million people are not recognized as nationals by any country, often depriving them of basic rights most of the world takes for granted such as education, healthcare, housing and jobs.

Here are examples of stateless populations:

Myanmar/Bangladesh: In 1982, Buddhist-majority Myanmar passed a citizenship law that effectively rendered stateless most Rohingya, who are Muslim and of South Asian descent.

Ethnic violence has driven many to leave, but hundreds of thousands remain in Myanmar. There are about 900,000 Rohingya in neighboring Bangladesh and smaller populations across Asia.

Some are sold into slavery on fishing boats and plantations.

Ivory Coast: Ivory Coast is home to 692,000 stateless people. Many are descended from migrants from neighboring countries who were encouraged to work on Ivory Coast’s coffee and cotton plantations in the 20th century.

At least a quarter of Ivory Coast’s population is estimated to be of foreign descent, and the question of who is or is not Ivorian fueled two civil wars in the West African country.

Thailand: Nearly 479,000 people are stateless, including members of ethnic hill tribes such as the Yao, Hmong and Karen who live in the mountainous border with Myanmar and Laos, and the semi-nomadic “Sea Gypsies” along the Andaman coast.

Estonia/Latvia: When the Soviet Union broke up, many ethnic Russians remained in the new Baltic states and were defined as “non-citizens.”

Nearly 221,000 stateless people live in Latvia and 78,000 in Estonia, mainly ethnic Russians who have trouble obtaining citizenship and at times face discrimination.

Syria: In 1962, many Kurds in the northeast were stripped of citizenship, a move Human Rights Watch described as part of a plan to “Arabise” the resource-rich region.

Before the civil war, there were an estimated 300,000 stateless Kurds in Syria, many of whom were promised nationality by President Bashar al-Assad in reaction to the 2011 uprising.

UN data suggests the number fell to 160,000, but this may be partly because many fled the war.

Human rights experts have warned that babies born to Syrian refugee women in Lebanon and Jordan could end up stateless.

Kuwait: Stateless people are known as Bidoon, which is short for bidoon jinsiya meaning “without nationality” in Arabic. Some trace their origins to nomadic tribes that once moved freely around the Gulf region.

There are about 92,000 Bidoon in Kuwait, according to UN data, but some estimates are much higher. They are often barred from free education, healthcare and many jobs.

Nepal: Although Nepal says it does not have a stateless population, experts on statelessness believe many people, possibly hundreds of thousands, may be affected.

Part of the problem derives from a law banning women married to foreigners from passing their nationality to their children. There is also a stateless population of people who were expelled by Bhutan in the 1990s.

Dominican Republic: A 2013 court ruling, along with earlier changes to nationality laws aimed at tackling illegal migration, has left many stateless, mostly people of Haitian descent who were born in Dominican Republic.

In 2015, there were about 134,000 stateless people, according to UN data, but the figures are being updated.

Iraq: There are about 47,500 stateless people who include Bidoon and Faili Kurds, an ethnic group that historically live on both sides of the Iraq-Iran border.

Europe: Tens of thousands of stateless Roma—an ethnic group with origins in India—are thought to live in central, eastern and southern Europe. With the break-up of Czechoslovakia and Yugoslavia, successor states claimed they belonged elsewhere.

Other Roma in Kosovo and Bosnia have become stateless due to war-time displacement.

Roma are often unable to register their children’s births or hold official property titles. This can make it hard to prove where they are from.

Venezuela: Some children born to Venezuelan parents who have fled to other countries amid a political and economic crisis at home are at increased risk of statelessness.