This website requires the use of Javascript to function correctly. Performance and usage will suffer if it remains disabled.
How to Enable Javascript
“Triple Disaster”—Virus, Heat Wave and Locusts Hit India 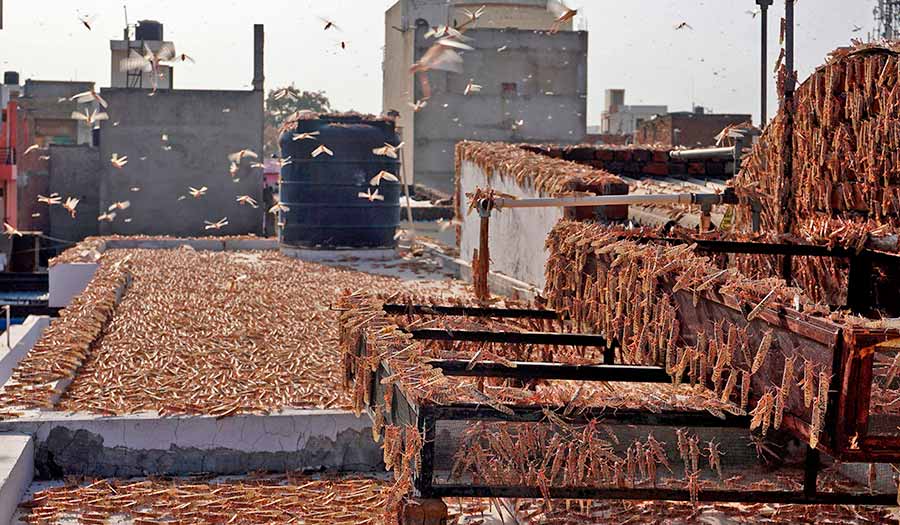 Vishal Bhatnagar/AFP via Getty Images
Swarms of locusts atop a residential building in Jaipur, India (May 25, 2020).

NEW DELHI (AP) – As if the coronavirus was not enough, India grappled with scorching temperatures and the worst locust invasion in decades. This all came as authorities prepared for the end of a months-long lockdown despite recording thousands of new infections every day.

The heat wave threatens to compound challenges of containing the virus, which has started spreading more quickly and broadly since the government began easing restrictions of one of the world’s most stringent lockdowns earlier this month.

“The world will not get a chance to breathe anymore. The ferocity of crises are increasing, and they’re not going to be spaced out,” said Sunita Narain of New Delhi’s Center for Science and Environment.

When her 6-year-old son woke up with a parched throat and a fever, housekeeper Kalista Ekka wanted to bring him to the hospital. But facing a deluge of COVID-19 patients, the doctor advised Ms. Ekka to keep him at home despite boiling temperatures in the family’s two-room apartment in a low-income neighborhood in South Delhi.

“The fan only makes it hotter but we can’t open the window because it has no screen,” and thus no defense against malaria and dengue-carrying mosquitoes, Ms. Ekka said.

In a nearby upmarket enclave crowded with walkers and joggers every morning and evening, neighbors debated the merits of masks in an online forum.

In the heat, “it is very dangerous to work out with a mask. So a Catch-22 situation,” said Asmita Singh.

Temperatures soared to 118 degrees Fahrenheit in the capital New Delhi this week, marking the warmest May day in 18 years, and 122 degrees in the desert state of Rajasthan, after the world’s hottest April on record.

India suffers from severe water shortages and tens of millions lack running water and air conditioning, leaving many to seek relief under shady trees in public parks and stepwells, the ancient structures used to harvest rainwater.

At the same time, swarms of desert locusts have devastated crops in India’s heartland, threatening an already vulnerable region that is struggling with the economic cost of the lockdown.

Exasperated farmers have been banging plates, whistling or throwing stones to try to drive the locusts away, and sometimes even lighting fires to smoke them out. The swarms appeared poised to head from Rajasthan north to Delhi, but on Wednesday a change in wind direction sent them southward toward the state of Madhya Pradesh instead.

K.L. Gurjar, a top official of India’s Locust Warning Organization, said his 50-person team was scrambling to stop the swarms before breeding can take place during India’s monsoons, which begin in July. Otherwise, he said, the locusts could destroy India’s summer crops.

Meanwhile, India reported another record single-day jump of more than 6,500 coronavirus cases on Thursday, pushing up the total to 158,333 confirmed cases and 4,531 deaths.

Prime Minister Narendra Modi’s government is preparing a new set of guidelines to be issued this weekend, possibly extending the lockdown in worst-hit areas while promoting economic activity elsewhere, with unemployment surging to 25 percent.

The sudden halt to the Indian economy when the lockdown began March 25 has been devastating for daily laborers and migrant workers, who fled cities on foot for their family homes in the countryside.

The government started running special trains for the migrants, but deaths on the rails because of starvation or dehydration have been reported. Others immediately put into quarantine centers upon their arrival in home districts have tested positive for COVID-19, adding to the burden of severely strained rural health systems. 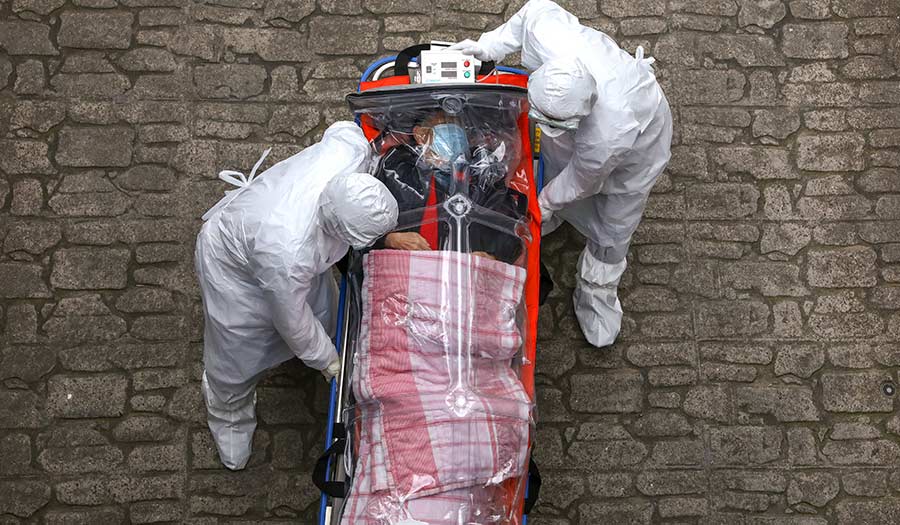 “And There Shall Be Pestilences…”
Growing millions are troubled, even terrified, by what is happening almost everywhere. The world is in a place it has never been before—truly uncharted territory! No crisis since World War II has captured virtually every headline of every major news source like the coronavirus pandemic. Just a quick review of headlines in recent weeks reveals the unprecedented level of anxiety and fear. Masses flocked to stores, panic buying and stockpiling supplies, while others pursued pleasure, heads buried in the sand, trying to ignore the growing storm sweeping across the world.