This website requires the use of Javascript to function correctly. Performance and usage will suffer if it remains disabled.
How to Enable Javascript
Coronavirus to Leave a Legacy of Unprecedented Global Debt

Coronavirus to Leave a Legacy of Unprecedented Global Debt 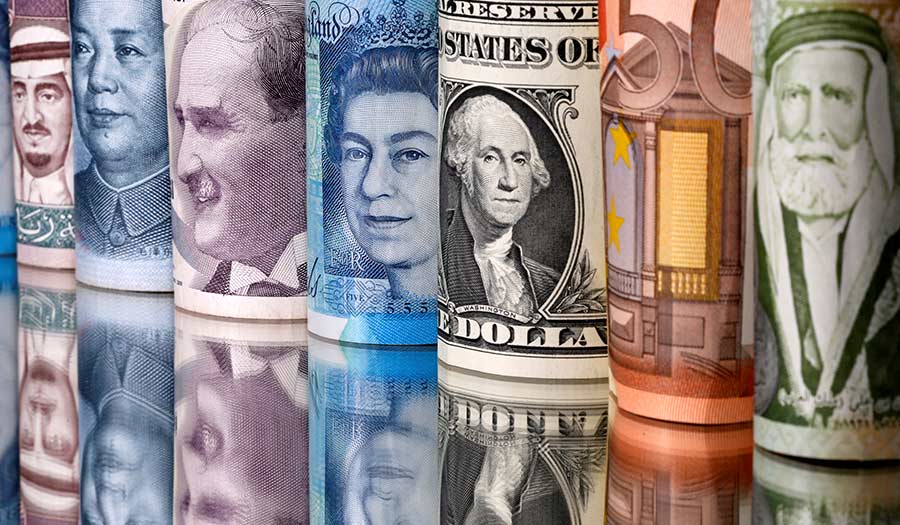 Central banks and governments worldwide have unleashed at least $15 trillion of stimulus via bond-buying and budget spending to cushion the blow of a global recession tipped to be the worst since the 1930s.

But the steps will pile even more debt on countries already struggling with the aftermath of the 2008-9 financial crisis—total global debt has risen $87 trillion since 2007, and governments accounted for the lion’s share of that increase with $70 trillion, the Institute of International Finance estimates (IIF).

This year alone may see the global debt-GDP ratio rise by 20 percentage points to 342 percent, the group said, based on 3 percent economic contraction and a doubling in government borrowing from 2019.

Taking on that kind of debt does not go unpunished: the most pain will be in highly indebted states, whether relatively wealthy ones such as Italy, or those such as Zambia which were already under strain before the virus hit and are now careering toward default.

But not even the richest will be spared. Rising debt could lose Germany and the United States their triple-A credit ratings, while governments will increasingly rely on central banks to keep borrowing costs in check or even directly finance spending for years to come.

“Historically, whenever countries step up debt levels, things change,” said Mike Kelly, global head of multi-asset at PineBridge Investments. “This crisis…has taken us back to the slow-growth trap that we had just started to shake off in 2016-2019.”

The challenge for policymakers in coming years will be to find a way to “grow into this massive debt-GDP structure we’ve found ourselves in almost overnight,” he predicted.

For now, with the world economy staring at a 5-6 percent contraction this year, the additional borrowing and spending is a lifeline. The International Monetary Fund estimates public deficits as a percentage of national income will jump to almost 10 percent this year from just under 4 percent in 2019.

Even European powerhouse Germany is taking on new debt for the first time since 2013, while the U.S. Treasury’s second quarter borrowing will amount to almost $3 trillion—more than five times the previous record.

U.S. federal debt held by the public, a gauge tracked by the Congressional Budget Office, will rise to 100 percent of GDP this year—levels last seen in the 1940s—and approach 125 percent by 2030, Deutsch Bank calculates. It was 79 percent in the 2019 fiscal year.

Eventually though, debt can drag on economic growth if countries start to spend more and more of their annual income on paying creditors, a position developing countries have endured time and again.

Accelerating economic growth in those circumstances is like “trying to fly when we were already carrying a lot of debt and now we are adding more,” OECD Secretary General Angel Gurria told an FT online conference this week.

The dynamics could put some developing economies on track for another devaluation and inflation cycle, said analysts.

“The long-term worry is—who is going to pay for this?”