This website requires the use of Javascript to function correctly. Performance and usage will suffer if it remains disabled.
How to Enable Javascript
Half of World’s Extreme Poor Live in Five Countries

Half of World’s Extreme Poor Live in Five Countries 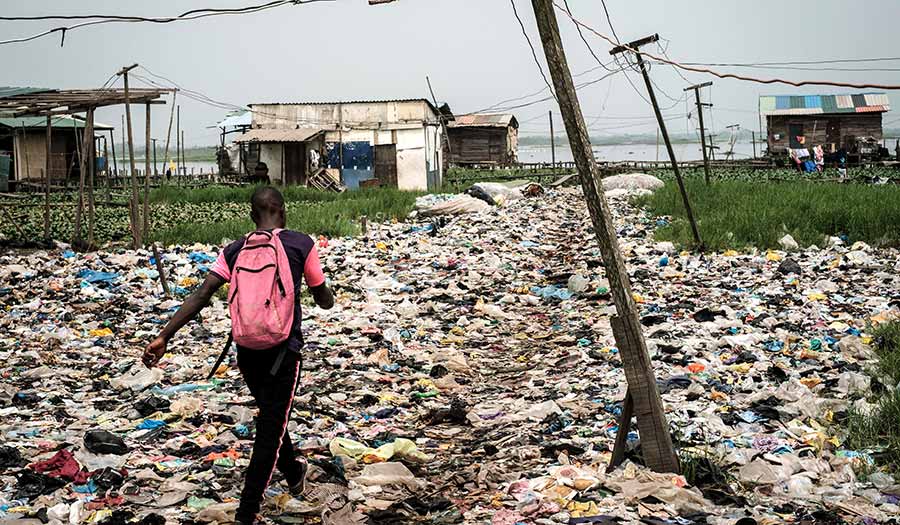 Yasuyoshi Chiba/AFP/Getty Images
A man walks on plastic waste used to reclaim a swamp so the land can be developed for housing in Lagos, Nigeria (Feb. 12, 2019).

India, Nigeria, Democratic Republic of Congo, Ethiopia and Bangladesh are home to half of the world’s extremely poor, a World Bank report revealed.

There are 736 million people who the financial institution considers extremely poor—living on less than $1.90 per person per day. About half, 368 million, lived in those five countries in 2015.

The countries that topped the list are the most populous in South Asia and Sub-Saharan Africa, which are the poorest regions in the world. Eighty-five percent of the world’s poor live in these two regions.

In a separate report, the World Bank downgraded its forecast of global economic growth, which will hit poor countries the hardest. “While almost every economy faces headwinds, the poorest countries face the most daunting challenges because of fragility, geographic isolation, and entrenched poverty,” World Bank Group Vice President for Equitable Growth, Finance and Institutions, Ceyla Pazarbasioglu, stated according to the United Nations’ website.

“Unless they can get onto a faster growth trajectory, the goal of lowering extreme poverty under 3 percent by 2030 will remain unreachable.”