This website requires the use of Javascript to function correctly. Performance and usage will suffer if it remains disabled.
How to Enable Javascript
Wild Bee Species Critical to Pollination on the Decline

Wild Bee Species Critical to Pollination on the Decline 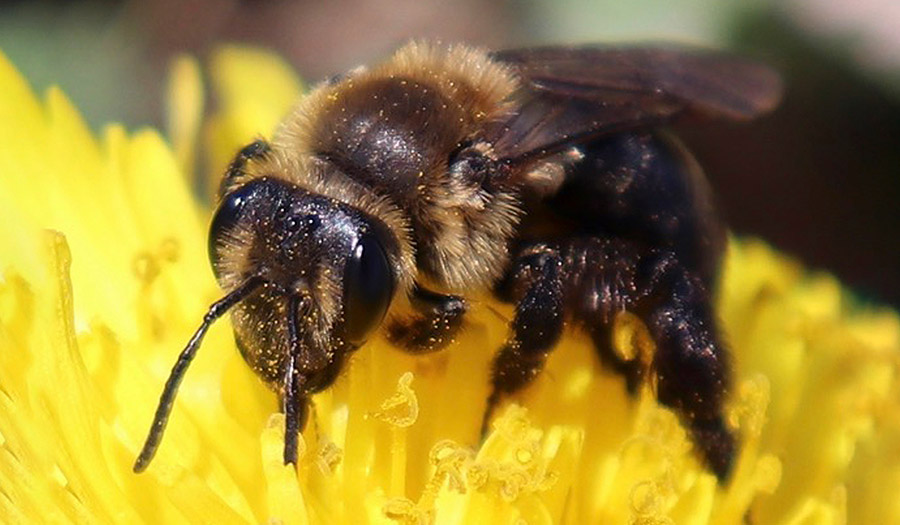 CONCORD, New Hampshire (AP) – More than a dozen wild bee species critical to pollinizing everything from blueberries to apples in New England are on the decline, according to a new study.

Researchers from the University of New Hampshire wanted to understand if the documented declines hitting honeybees and bumblebees were also taking a toll on the lesser studied bee species in New Hampshire.

So, they examined 119 species in the state from a museum collection at the college dating back 125 years. Writing in the peer-reviewed journal Insect and Conservation Diversity this month, Sandra Rehan and Minna Mathiasson concluded 14 species found across New England were on the decline by as much as 90 percent. Several of them are leafcutter and mining bees, which, unlike honeybees, nest in the ground.

“We know that wild bees are greatly at risk and not doing well worldwide,” Dr. Rehan, assistant professor of biological sciences and the senior author on the study, said in a statement. “This status assessment of wild bees shines a light on the exact species in decline, beside the well-documented bumble bees. Because these species are major players in crop pollination, it raises concerns about compromising the production of key crops and the food supply in general.”

Bees have been on the decline for more than a decade across the globe and scientists have blamed a range of factors including insecticides called neonicotinoids, parasites, disease and lack of a diverse food supply. Bees are critical pollinators and about one-third of the human diet comes from plants that are pollinated by insects.