This website requires the use of Javascript to function correctly. Performance and usage will suffer if it remains disabled.
How to Enable Javascript
Bat Flu Could Infect and Kill Millions of Humans

Bat Flu Could Infect and Kill Millions of Humans 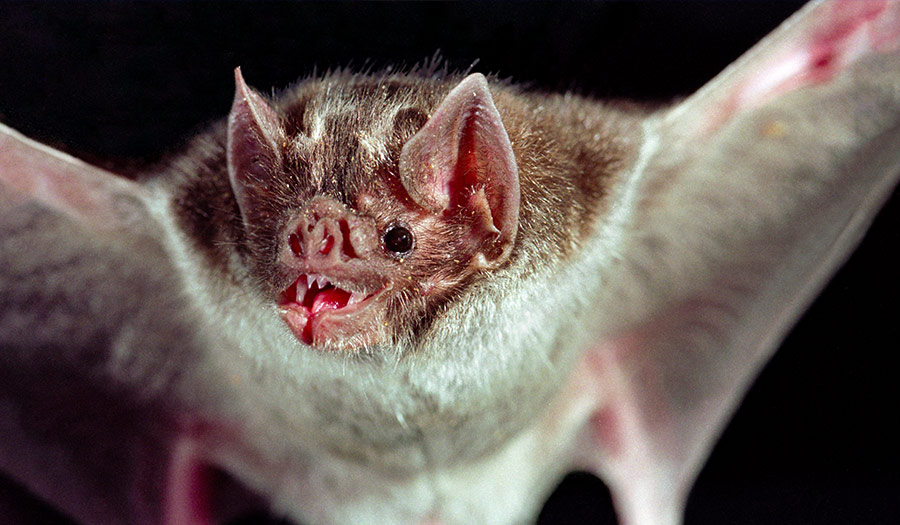 Bats not only carry the deadly Ebola virus, they are also a reservoir for a new type of influenza virus. These newly discovered flu viruses could potentially also attack the cells of humans and livestock, researchers at the University of Zurich have shown.

“Such an infection has not yet been observed. However, our findings show that the viruses generally have this zoonotic potential,” said research author Silke Stertz.

Seasonal outbreaks of the flu are caused by influenza viruses that can only infect people. Influenza types that circulate in birds or pigs are normally not a threat to humans. However, in rare cases, an avian or pig virus can pass on to humans—a process called zoonotic transmission—which can lead to a global influenza pandemic with numerous serious illnesses and deaths.

About six years ago, a new kind of influenza virus was discovered in bats in South America. The flying mammals have been the focus of virologists for a long time. This is because they carry many different kinds of viruses, including lethal ones such as the Ebola virus. However, until now, it has previously been unclear whether bat influenza viruses also present a threat to humans.

In February of last year, chief of the World Health Organization Tedros Adhanom warned that the world is at risk: “a devastating epidemic can start in any country at any time, and kill millions of people, because we are not prepared, because we’re still vulnerable.”

The Spanish flu epidemic in 1918 infected 500 million worldwide and killed up to 100 million. Millions could die from a bat flu pandemic if it were to spread out of South America.

“Thankfully, we have not seen a public health emergency on that scale since [the Spanish flu epidemic]. But we may at any time,” the director-general stated in a speech in the United Arab Emirates.