This website requires the use of Javascript to function correctly. Performance and usage will suffer if it remains disabled.
How to Enable Javascript
Residents Brace Themselves as Hurricane Lane Approaches Hawaii 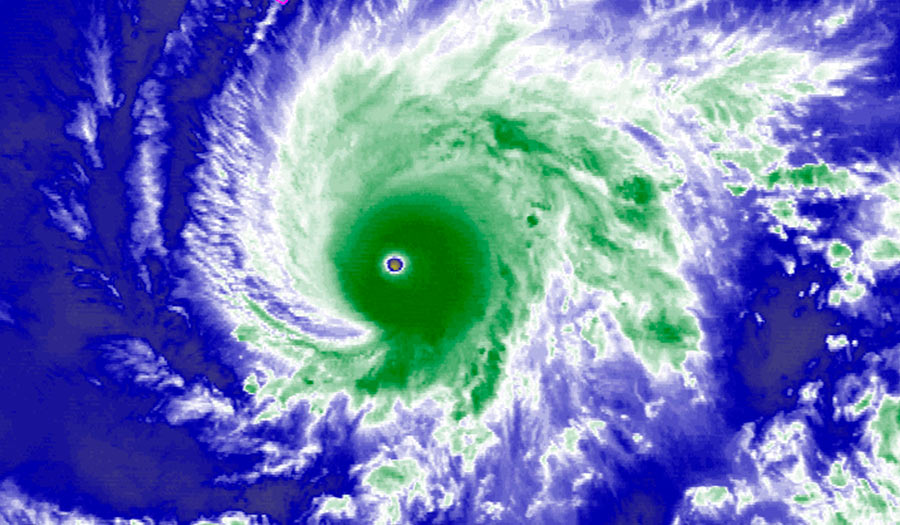 HONOLULU (AP) – Hawaii residents rushed to stores to stock up on supplies as they faced the threat of heavy rain, flash flooding and high surf as a strengthening hurricane continued to churn toward the state.

Hurricane Lane “is forecast to move dangerously close to the main Hawaiian islands as a hurricane later this week, potentially bringing damaging winds and life-threatening flash flooding from heavy rainfall,” the weather service’s Central Pacific Hurricane Center warned as it got closer to the state.

The storm had been moving west, but it is expected to turn northwest toward the state Wednesday. There is uncertainty to Lane’s path—whether it moves north or south, meteorologist Gavin Shigesato said.

“It is much too early to confidently determine which, if any, of the main Hawaiian islands will be directly impacted by Lane,” the weather service said.

But the hurricane center said the storm will move very close to or over the islands from Thursday through Saturday. Even if the center of Lane does not make landfall, the islands could be walloped with rain and wind.

Longtime Hawaii residents recalled a devastating 1992 hurricane as they prepared for Hurricane Lane.

Kauai resident Mike Miranda was 12 when Hurricane Iniki devastated the island 26 years ago. “A lot of people are comparing the similarities between Iniki and Lane,” he said.

Iniki’s turn into the islands was sudden, he recalled.

“I remember how very little rain fell. But I remember the wind being the strongest force of nature I’ve ever witnessed and probably the scariest sounds I’ve ever heard in my life,” he said.