This website requires the use of Javascript to function correctly. Performance and usage will suffer if it remains disabled.
How to Enable Javascript
Brazil Sends Troops to Border with Venezuela After Citizens Clash with Migrants 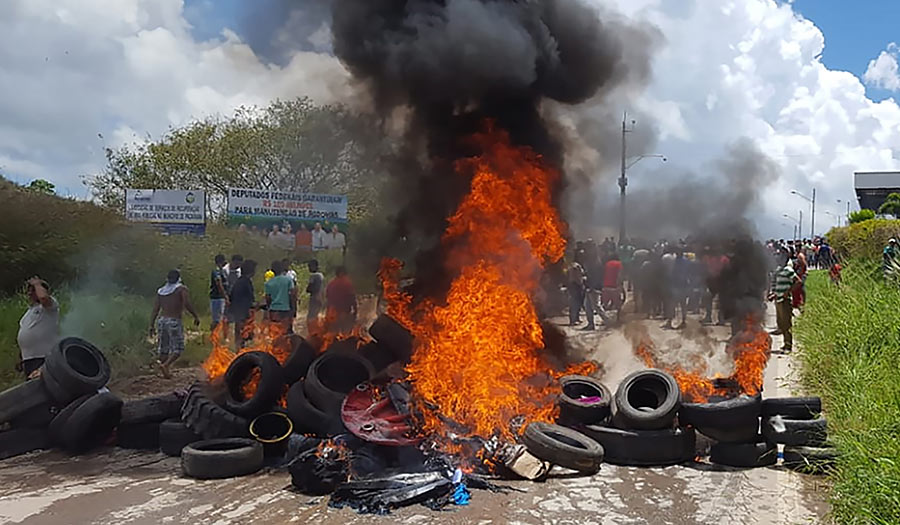 SAO PAULO (AP) – The Brazilian government is sending troops to the border town of Pacaraima after residents there attacked Venezuelan migrants.

Government-run news agency Agencia Brasil said on August 19 that the Public Security Ministry planned to send at least 60 soldiers of the elite National Force to Pacaraima.

Pacaraima is a major border crossing with Venezuela, where economic and political turmoil has driven tens of thousands to cross into Brazil over the past few years.

Authorities have said that the violence on August 18 erupted after a local storeowner was robbed, stabbed and beaten in an assault blamed on four migrants.

Groups of angry residents then roamed the town hurling rocks at the immigrants and setting fire to their belongings.

The army’s Humanitarian Logistics Task Force in Roraima said on Sunday that at least 1,200 immigrants fled Pacaraima to escape the violence and returned to Venezuela.

The Roraima state government estimates that more than 50,000 Venezuelans have crossed the border, occupying already existing shelters or sleeping in tents, plazas and streets. The influx was nearly equal to 10 percent of the state’s population of 520,000 inhabitants.

On Saturday, Claudio Lamachia, president of the Brazilian Bar Association, said that the violence in Pacaraima “exposed the humanitarian drama afflicting our neighbors…who are trying to improve their lives and survive.”

“The state of Roraima does not have the conditions to shelter all the immigrants,” he said.

The crisis has prompted state authorities in recent months to try to limit services to Venezuelans and temporarily shut the border. The federal government and high courts have curtailed attempts to do those things.