This website requires the use of Javascript to function correctly. Performance and usage will suffer if it remains disabled.
How to Enable Javascript
90 Percent of Largest King Penguin Colony Has Died Off

90 Percent of Largest King Penguin Colony Has Died Off 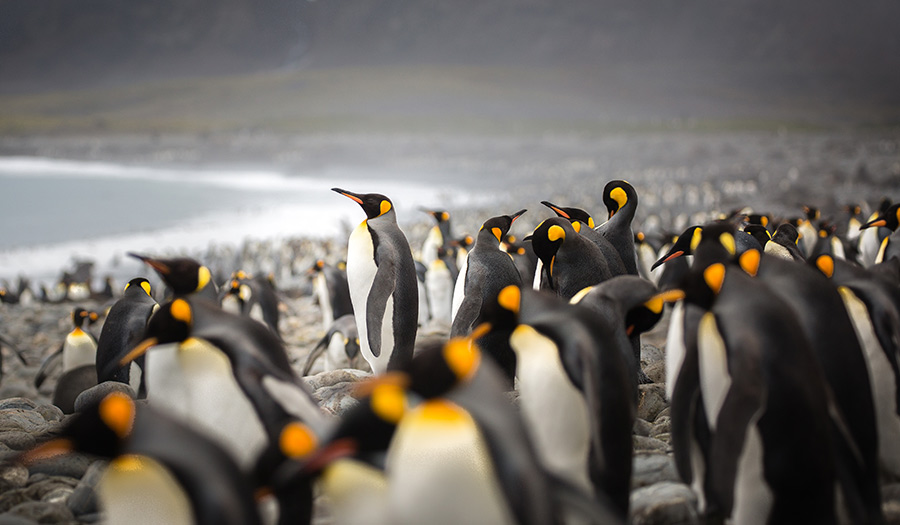 Almost 9 in 10 king penguins have disappeared from the world’s largest colony of the 3-foot-tall birds, researchers have found.

Recent satellite images of France’s Ile aux Cochons, which lies halfway between the southern tip of Africa and Antarctica, have shown that only 200,000 king penguins remain in the planet’s largest group of king penguins. The last time this island was visited by scientists in 1982, the population was 2 million.

The findings, which came from a study lead by ecologist Henri Weimerskirch, who visited the island in 1982, were published in the magazine Antarctic Science.

“It is completely unexpected, and particularly significant since this colony represented nearly one third of the king penguins in the world,” Dr. Weimerskirch stated to The Guardian.

Though there are no known causes for the decline, one possibility is weather events. Strong weather in 1997 as a result of El Nino pushed fish and squid beyond the penguin’s foraging range.

“This resulted in population decline and poor breeding success for all the king penguin colonies in the region,” Dr. Weimerskirch said.

Yet the researchers wrote that the “cause of the massive decline of the colony remains a mystery, and needs to be resolved,” according to Science Alert.

“Although the decline started at least 20 years ago, it appears to be ongoing, and the causes of the decline may still be active.”