This website requires the use of Javascript to function correctly. Performance and usage will suffer if it remains disabled.
How to Enable Javascript
The Great Barrier Reef Is Losing Its Ability to Recover, Could Cost Australia Billions

The Great Barrier Reef Is Losing Its Ability to Recover, Could Cost Australia Billions 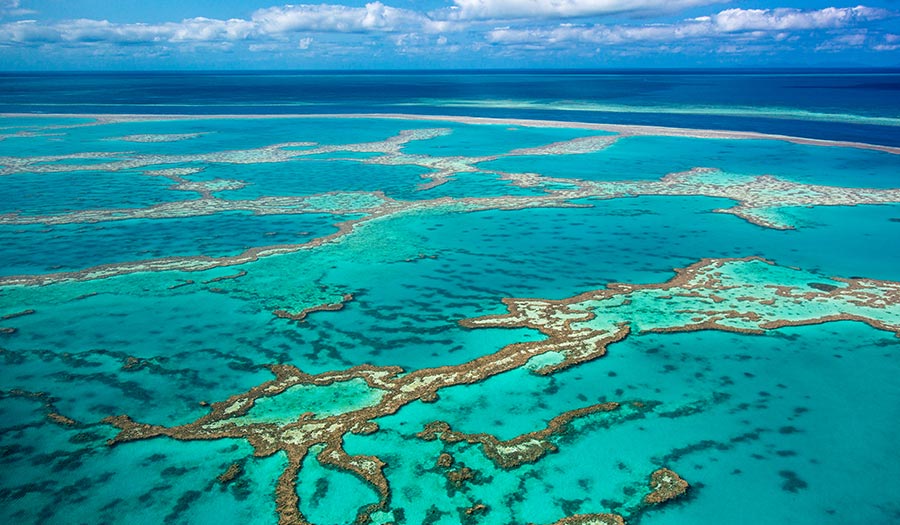 The Great Barrier Reef is losing its ability to recover after bleaching events, cyclones or pest outbreaks, according to a report published in Science Advances on July 18.

Scientists at The University of Queensland, the ARC Centre of Excellence for Coral Reefs Studies, and the Australian Institute of Marine Science have found a decline in the ability of Great Barrier Reef Marine Park reefs to recover over an 18-year period, from 1992 to 2010.

Dr. Juan Ortiz, lead author from The Australian Institute of Marine Sciences and UQ’s School of Biological Sciences, said that during this time, average coral recovery rates showed a six-fold decline across the Great Barrier Reef.

“This is the first time a decline in recovery rate of this magnitude has been identified in coral reefs,” he said.

While this trend generates obvious environmental concerns, it could also bring about massive economic costs.

In 2017, Deloitte Access Economics valued the Great Barrier Reef at about $42 billion dollars. The firm estimated the natural wonder added $4.7 billion per year to Australia’s economy, mostly from tourism.

A 2014 study published in Global Environmental Change said the number should be much higher. It stated that reefs should be valued at $352,000 per hectare per year. The reef along the shore of Queensland covers 35 million hectares, which would put its value at over $12 trillion annually.

Researchers say the recovery decline is driven by a combination of the lingering effects of disturbances such as coral bleaching and cyclones as well as the ongoing effect of chronic pressures including poor water quality.

Professor Peter Mumby of the ARC Centre of Excellence for Coral Reef Studies said that this was serious cause for concern, but not all reefs are failing.

“I believe there is scope for management to help remedy the situation,” he said.

“Our results indicate that coral recovery is sensitive to water quality, and is suppressed for several years following powerful cyclones.

“Some reefs could improve their recovery ability if the quality of the water entering the reef is actively improved.”

Study co-author Dr. Nicholas Wolff, from The Nature Conservancy, said that some areas of the reef are faring better than others, but their overall finding was that action needs to be taken.

“While there was variability among regions, the decline in recovery rate was consistent in all coral types included in the study,” he said.

Dr. Ortiz said that the frequency of disturbances was predicted to increase.

The research was based on monitored data collected from more than 90 reefs across the Great Barrier Reef. It does not even account for the mass bleaching event in 2016 that was the worst on record, causing an estimated loss of one-quarter of the reef’s shallow-water coral.

“Many hundreds of millions of people are dependent in some way on the goods and services provided by coral reefs, with over 100 million directly dependent on coral reefs for their survival,” think-tank Reef Resilience explained on its website. For example, “In developing countries, coral reefs contribute about one-quarter of the total fish catch, providing food to an estimated one billion people in Asia alone.”

The 2016 mass bleaching event off Australia’s coast reduced the population of a number of fish species, including clownfish and butterflyfish, which are essential to reef’s complex ecosystem.