This website requires the use of Javascript to function correctly. Performance and usage will suffer if it remains disabled.
How to Enable Javascript
Liver Cancer Death Rates Increased 43 Percent Since 2000 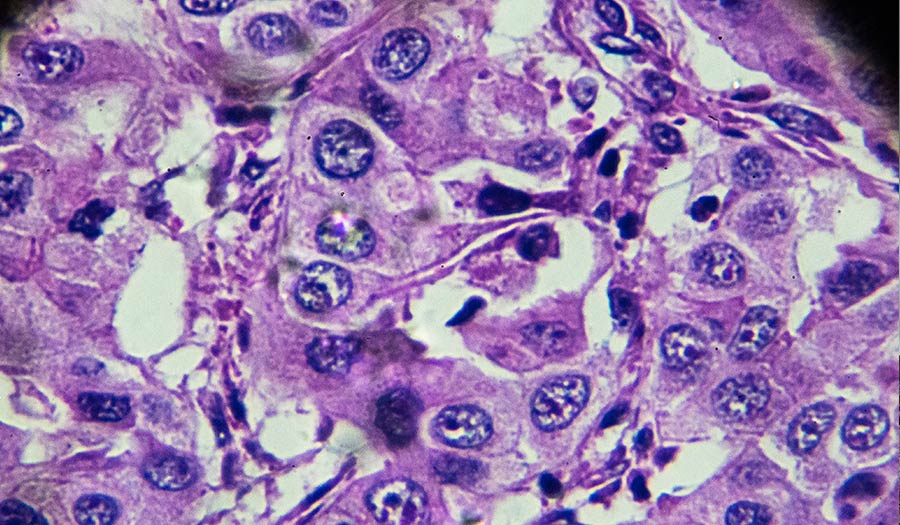 Getty Images
Cancer cells from a liver tumor under a microscope.

Liver cancer death rates among American adults increased from 2000 to 2016, even though the mortality rate for cancer overall has declined, according to a report by the U.S. Centers for Disease Control and Prevention’s National Center for Health Statistics.

Liver cancer’s risk factors include obesity, smoking, consuming too much alcohol, and being infected with hepatitis B or C.

“I think the main reason for the increase in liver cancer incidence and death rate in the US is the increase in the prevalence of excess body weight and hepatitis C virus infection in baby boomers,” Dr. Farhad Islami, the director of cancer surveillance at the American Cancer Society, stated to CNN.

The news agency reported: “Up until 1992, blood transfusions and organ transplants were not screened for hepatitis C, Xu said. According to the CDC, this was once a common means of hepatitis C transmission.

“It is often years before a person living with hepatitis C develops liver cancer, which would account for an increase in incidence of the cancer among older individuals who received blood transfusions and organs before 1992.”

Obesity has also been increasing among American adults. According to the CDC, from 1999 to 2016, the percentage of adults with obesity increased from 30.5 to 39.6.