This website requires the use of Javascript to function correctly. Performance and usage will suffer if it remains disabled.
How to Enable Javascript
Air Pollution Contributes Significantly to Diabetes Globally 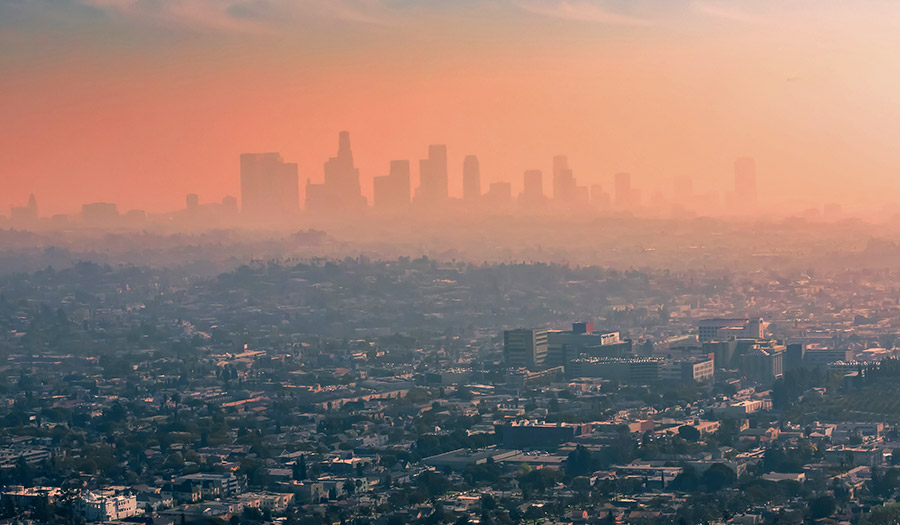 Getty Images
Smog hangs over the city of Los Angeles.

The findings, published June 29 in The Lancet Planetary Health, raise the possibility that reducing pollution may lead to a drop in diabetes cases in heavily polluted countries such as India as well as less polluted ones such as the United States.

Diabetes is one of the fastest growing diseases, affecting more than 420 million people worldwide and 30 million Americans. The main drivers of diabetes include eating an unhealthy diet, having a sedentary lifestyle and obesity, but the new research indicates the extent to which outdoor air pollution plays a role.

“We found an increased risk, even at low levels of air pollution currently considered safe by the U.S. Environmental Protection Agency (EPA) and the World Health Organization (WHO),” said Ziyad Al-Aly, MD, the study’s senior author and an assistant professor of medicine at Washington University. “This is important because many industry lobbying groups argue that current levels are too stringent and should be relaxed. Evidence shows that current levels are still not sufficiently safe and need to be tightened.”

To evaluate outdoor air pollution, the researchers looked at particulate matter, airborne microscopic pieces of dust, dirt, smoke, soot and liquid droplets. Previous studies have found that such particles can enter the lungs and invade the bloodstream, contributing to major health conditions such as heart disease, stroke, cancer and kidney disease. In diabetes, pollution is thought to reduce insulin production and trigger inflammation, preventing the body from converting blood glucose into energy that the body needs to maintain health.

Overall, the researchers estimated that pollution contributed to 3.2 million new diabetes cases globally in 2016, which represents about 14 percent of all new diabetes cases globally that year. They also estimated that 8.2 million years of healthy life were lost in 2016 due to pollution-linked diabetes, representing about 14 percent of all years of healthy life lost due to diabetes from any cause.

In the United States, the study attributed 150,000 new cases of diabetes per year to air pollution and 350,000 years of healthy life lost annually.