This website requires the use of Javascript to function correctly. Performance and usage will suffer if it remains disabled.
How to Enable Javascript
MIT Engineers Mimic Otters and Whales to Protect Divers in Frigid Waters 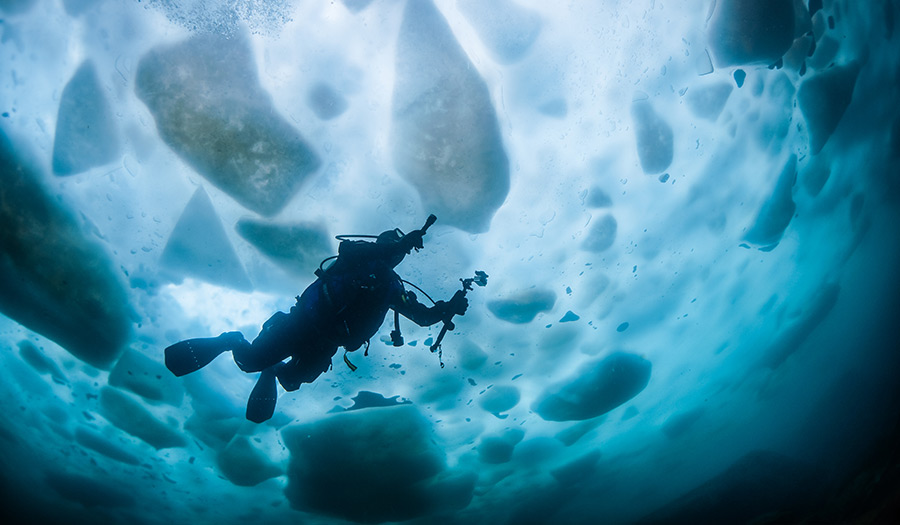 When Navy SEALs carry out dives in Arctic waters, or when rescue teams are diving under ice-covered rivers or ponds, the survival time even in the best wetsuits is very limited—as little as tens of minutes, and the experience can be extremely painful at best.

A pair of MIT engineering professors developed a simple treatment based on animals that live in cold waters that can improve the survival time for a conventional wetsuit by a factor of three.

Their findings were reported in the journal RSC Advances.

Researchers looked at the different strategies that various animals use to survive in frigid waters, and found three types: air pockets trapped in fur or feathers, as with otters and penguins; internally generated heat, as with some animals and fish (including great white sharks, which are warm-blooded); and a layer of insulating material that greatly slows heat loss from the body, as with the blubber of seals and whales.

After simulations and lab tests, the engineers ended up with a combination of two of these—a blubber-like insulating material that also makes use of trapped pockets of gas, although in this case the gas is not air but a heavy inert gas, namely xenon or krypton.

The material that has become standard for wetsuits is neoprene, an inexpensive material that is a mix of synthetic rubber materials processed into a kind of foam, producing a closed-cell structure similar to Styrofoam. Trapped within that structure are pockets of air.

The result, the researchers say, is a material with the lowest heat transfer of any wetsuit ever made. “We set a world record for the world’s lowest thermal conductivity garment,” Michael Strano, a professor of chemical engineering and co-author of the study, said. “It’s like wearing a coat of air.”

The researchers found this could improve survivability in water colder than 50 degrees Fahrenheit, raising it from less than one hour to two or three hours.

The result could be a boon not just to those in the most extreme environments, but to anyone who uses wetsuits in cold waters, including swimmers, athletes, surfers and professional divers.

From using properties in sharks to stop deadly bacteria to the qualities of birds to silence bullet trains, scientists, engineers and architects are continually looking to the natural world to solve problems and improve mankind’s capacities. For more, read Copying the Genius in Nature – What Biomimicry Reveals.