This website requires the use of Javascript to function correctly. Performance and usage will suffer if it remains disabled.
How to Enable Javascript
Turkey’s Currency Plummets to Historic Low, Threatens President Erdogan’s Political Clout 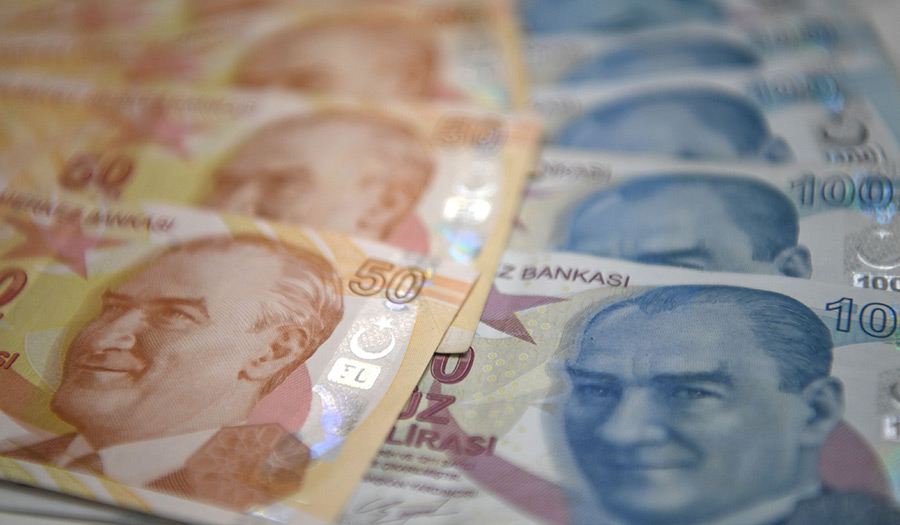 The Turkish lira tumbled to its lowest value, having lost 20 percent against the U.S. dollar since the beginning of the year, a day after the national bank raised interest rates. This has spread fear that inflation could slow down economic growth.

The rate increase came despite President Recep Tayyip Erdogan’s insistence that rates be kept low. Higher rates can support a currency and ease inflation. But they also tend to hinder economic growth by making it costlier to borrow and can arouse public discontent.

Deutche Welle reported: “A self-described ‘enemy of interest rates’ Erdogan has, with elections just a month away, repeatedly called for lower borrowing costs to fuel credit growth and spending. International investors want to see higher rates to rein in double-digit inflation and have dumped the lira on concerns about Erdogan’s influence over monetary policy.”

Although Mr. Erdogan is widely expected to win snap elections in June, volatile markets and the possibility of a looming economic crisis could threaten his clout.

“This could really hurt Erdogan at the polls,” Timothy Ash, a Turkey expert and senior sovereign strategist at BlueBay Asset Management, told CNN. “Turks really care about the exchange rate,” he added, and the crash of the lira could cause voters to question Mr. Erdogan’s economic competence.

President Erdogan called for elections earlier than expected. Upon reclaiming the office, he would assume the new powers of a more powerful executive presidency, granted by constitutional changes from a 2017 referendum. The changes also include the elimination of the office of prime minister, whose responsibilities would be handled by the president.

Muharrem Ince, the main opposition party’s candidate, who is challenging Mr. Erdogan at the June 24 presidential race, called on the Turkish leader to ease concerns over fiscal discipline, warning that the “economy is about to hit the wall.”

Bridging the Turkey-EU Divide – Part 1
The many differences between the European Union and Turkey will soon be overridden by one motivating factor.