This website requires the use of Javascript to function correctly. Performance and usage will suffer if it remains disabled.
How to Enable Javascript
Deep Sea Mission Discovers Ocean Layer with 100 New Species 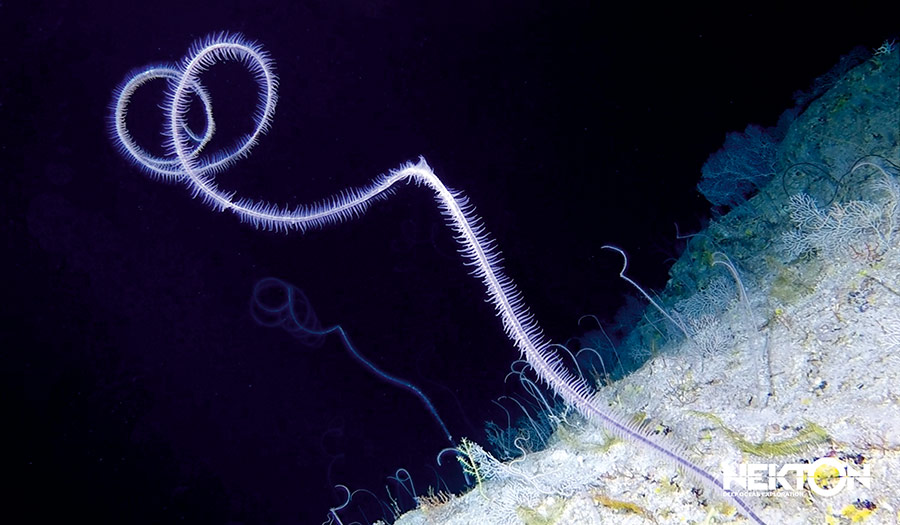 Nekton
A new coral species, called stichopathes, that was found in the rariphotic zone.

Just 15 miles off the coast of Bermuda, explorers found more than 100 undiscovered plant and animal species at depths below 226 feet and as deep as 984 feet.

Rariphotic, meaning “rare light,” was the name given for the new zone that was discovered by explorers from Nekton, a British charity for ocean exploration, and led by Oxford University scientists.

As the name describes, the layer receives very little natural light and sits below the epipelagic and mesopelagic zones, which are nicknamed the “sunlight” and “twilight” zones respectively to describe the amount of light they absorb.

The explorers were surprised to find a diverse set of new species in the area, including small crustaceans, algae and black wire coral standing more than six feet tall.

“Considering the Bermudian waters have been comparatively well studied for many decades, we certainly weren’t expecting such a large number and diversity of new species,” said Alex Rogers, Professor of Conservation Biology at Oxford University and scientific director of Nekton.

The discovery highlights that there is still much to discover within the uncharted depths of Earth’s oceans.

Chief executive of Nekton, Oliver Steeds, stated: “24 people have been to the moon; we have played golf on the moon, yet only three people have ever descended to the nadir of our Earth, 11,000m, to full ocean depth.