This website requires the use of Javascript to function correctly. Performance and usage will suffer if it remains disabled.
How to Enable Javascript
Over 2.5 Million Have Been Murdered in Latin America Since 2000

Over 2.5 Million Have Been Murdered in Latin America Since 2000 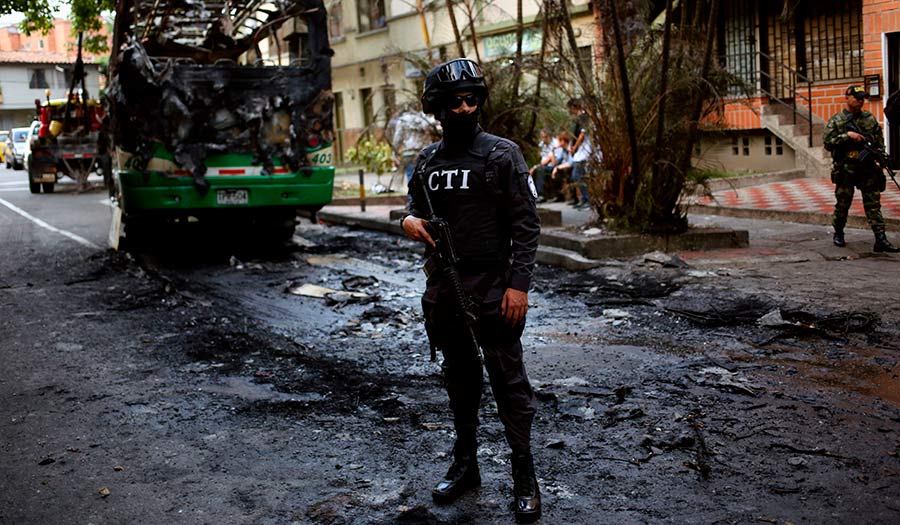 Joaquin Sarmiento/AFP/Getty Images
A member of the Technical Investigation Team stands guard next to a bus burned by gang members in Medellin, Colombia (April 26, 2018).

In the past 18 years, homicides in Latin American nations have claimed more twice as many lives as the Syrian Civil War, Darfur Conflict, the wars in Iraq and Afghanistan, and Yemeni Civil War—some of the deadliest conflicts of the 21st century—combined.

A report by the Brazil-based security think tank Igarape Institute recorded that more than 2.5 million murders have occurred in Latin America so far in the 21st century.

“The sheer dimensions of homicidal violence are breathtaking,” the report stated.

This total accounts for one-third of the world’s murders, even though it contains only 8 percent of the global population. One-quarter of murders happen in just four countries—Brazil, Colombia, Mexico and Venezuela—all of which are preparing for national elections.

Violence disproportionately affects the young, with half of the homicide victims in Latin America being between 15 and 29 years old.

Latin America has a homicide rate of 21.5 per 100,000, more than triple the world rate. It has increased by 3.7 percent during the past decade while the population growth has only been 1.1 percent during that same period.

“The overall trend right now in Latin America is one of increasing homicides and deteriorating security,” said Robert Muggah, one of the report’s authors, according to The Guardian.

“Latin America is a large area and there are lots of variations. But as a region—including Mexico down to Central America and South America—the rate of homicide is set to continue increasing up until 2030. The only other places we are seeing similar kinds of increases are in parts of southern and central Africa and some war zones.”