This website requires the use of Javascript to function correctly. Performance and usage will suffer if it remains disabled.
How to Enable Javascript
U.S.-Japan Relationship Tested by Trade Tensions 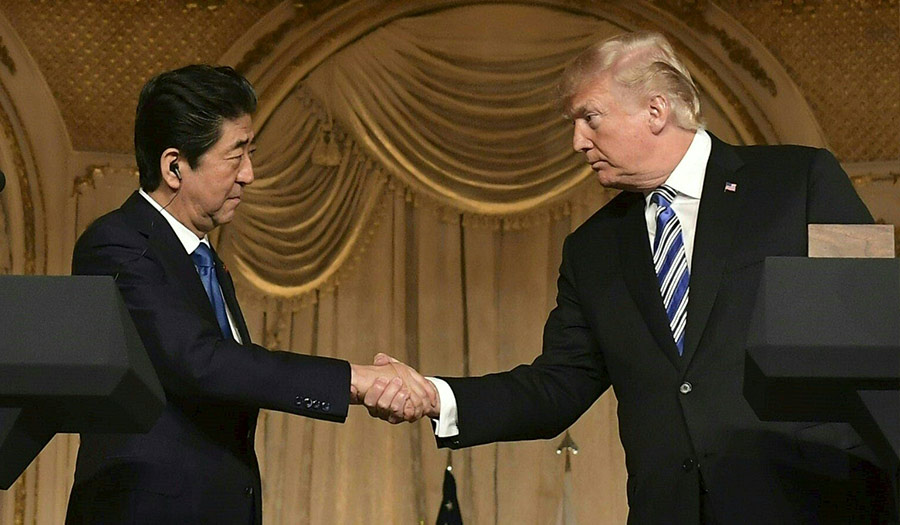 PALM BEACH, Florida (AP) – Japanese Prime Minister Shinzo Abe courted the new American president with a golden golf club not long after Donald Trump won the White House. He has met with the billionaire businessman more than any other world leader, and he is Mr. Trump’s second-most frequent caller. (Mr. Trump’s most frequent caller is the president of France, Emmanuel Macron.) Yet the relationship between the United States and Japan appears to have limits.

During a meeting at Mr. Trump’s Mar-a-Lago resort on April 18, there were public disagreements as Mr. Trump spurned Mr. Abe’s top economic and trade priorities. Principal among them: allowing Japan an exemption from new U.S. steel and aluminum tariffs and persuading Mr. Trump to rejoin the Trans-Pacific Partnership trade deal.

During a roughly 40-minute joint news conference Wednesday evening, Mr. Abe emphasized their close relationship and their areas of accord on North Korea policy. He thanked Mr. Trump for pledging to raise the issue of Japanese abductees held by North Korea in the American president’s planned upcoming meeting with Kim Jong Un.

But when pressed on the economic disagreements, Mr. Abe returned to the call for developing a “reciprocal” trade relationship with the U.S. It marked a stark departure from Mr. Abe’s pre-summit hopes of coaxing the U.S. back into the TPP. And Japan remains the only major U.S. ally not to be exempted from the tariffs announced last month, as Mr. Trump feels America’s trade deficit with Japan is too great.

The leaders found themselves at an impasse on the tariffs, and Mr. Trump refused to budge on his opposition to the TPP, from which he withdrew the U.S. last year. However, both leaders will continue working to develop a “fair and reciprocal” trade deal.

“We’re committed to pursuing a bilateral trading relationship that benefits both of our great countries,” the U.S. president said.