This website requires the use of Javascript to function correctly. Performance and usage will suffer if it remains disabled.
How to Enable Javascript
London Murder Rate Surpasses NYC 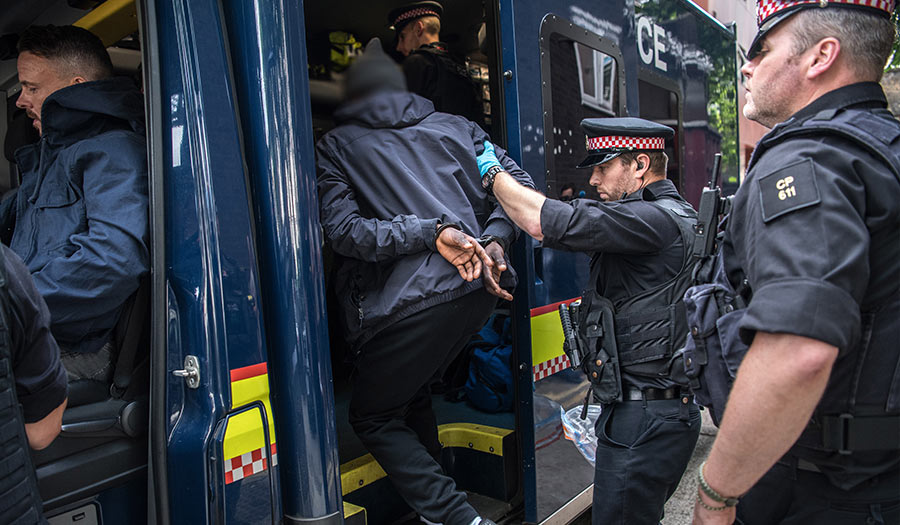 Carl Court/Getty Images
A suspect is taken to a police van after being arrested for alleged possession of a dangerous weapon in London, England (July 12, 2017).

For the first time in modern history, the murder rate for Britain’s capital surpassed that of New York City.

A total of 44 murder investigations were conducted in London from January to March of this year—already more than one-third the number of homicides that occurred in one year from April 1, 2016, to March 31, 2017, according to statistics from the London Metropolitan Police.

Most of the murders—31 of the 44 investigated—were the result of knife stabbings. The number of fatal and non-fatal stabbings has increased despite a city-wide effort to take knives off London’s streets. In July 2015, the Metropolitan Police launched Operation Sceptre “with the aim of reducing knife crime and the number of families affected by knife crime across the whole of London,” according to its website.

In total, the operation has conducted nearly 5,800 sweeps and confiscated almost 400 weapons. Yet total crimes involving knives in London increased 34 percent from 2016 to 13,000 in 2017.

A former London police officer told BBC News the statistics are proof that “London’s violent traits have become a virus.”