This website requires the use of Javascript to function correctly. Performance and usage will suffer if it remains disabled.
How to Enable Javascript
CDC: Second Strain of Flu Spreading, Children Most at Risk

CDC: Second Strain of Flu Spreading, Children Most at Risk 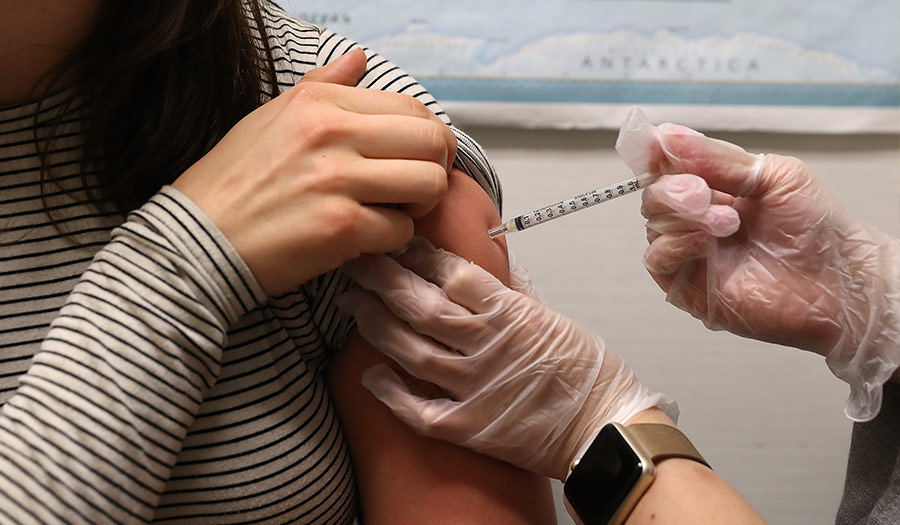 Justin Sullivan/Getty Images
A woman receives a flu shot at a Walgreens pharmacy in San Francisco, California (Jan. 22, 2018). Influenza has claimed the lives of 74 Californians under the age of 65 since the flu season began in October.

While influenza A virus infections are declining in the United States, influenza B remains a concern, the Centers for Disease Control and Prevention reported. A CDC spokesperson told CNN that the B strain can be “just as severe” as influenza A, and that it “tends to be more severe for younger children.”

CNN reported: “During the week ending March 17, nearly 58% of all laboratory-confirmed cases of flu were caused by B-strain viruses…Circulating strains this season, which began in October, were a mix of A viruses (H3N2 and H1N1) and B viruses.”

Flu is a contagious respiratory illness, spread by a virus. It can cause a miserable but relatively mild illness in many people, but a more severe illness in others. In a bad season, there are as many as 56,000 deaths connected to the flu. This season, 133 children have died from the virus.

It is possible for someone who has been infected by the A strain to become sick with the B strain, the CDC spokesperson stated to local news station CBS New York.

Influenza usually takes off after Christmas and peaks around February. This season started early and was widespread in many states by December. In early January, it hit what seemed like peak levels—but then continued to surge.