This website requires the use of Javascript to function correctly. Performance and usage will suffer if it remains disabled.
How to Enable Javascript
Signs of Ethnic Cleansing in the Democratic Republic of the Congo

Signs of Ethnic Cleansing in the Democratic Republic of the Congo 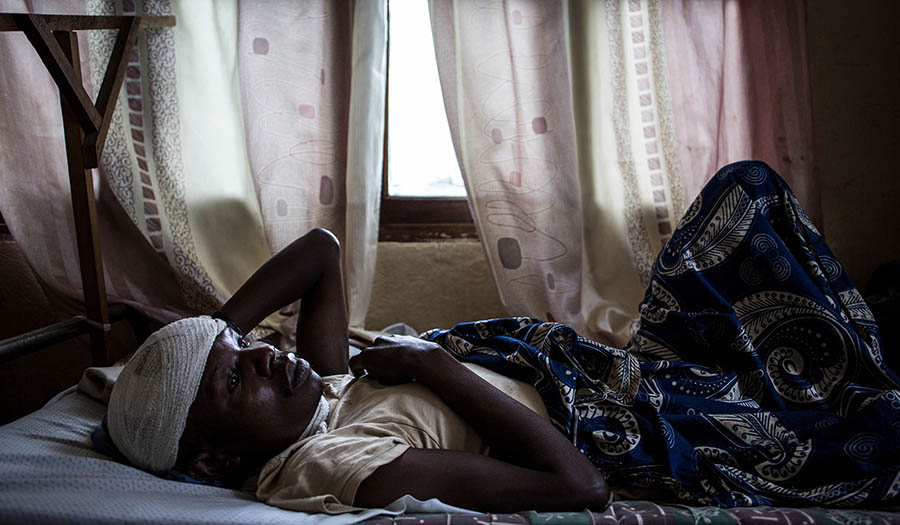 John Wessels/AFP/Getty Images
Devastated: A Hema man recovers in a hospital room in Bunia, Congo, after he lost his wife, three of his four children and suffered severe lacerations to his head and neck during an attack on his village (March 2, 2018).

Reports of extrajudicial killings abound in the Democratic Republic of the Congo, which have sparked fears of ethnic cleansing. Recent violence against the Hema ethnic community by ethnic Lendu has resulted in the deaths of 49 people.

A Vice News exclusive reported on the growing crisis: “The victims, overwhelmingly ethnic Hemas and more than 20 of them severely wounded, told VICE News of raids by ethnic Lendu men armed with machetes, bows and arrows, axes, and, in fewer cases, firearms. They reported killings of the elderly, of children, and even of infants. Some local Hema activists suggested that up to 85 percent of Hema people from the Djugu region have been made homeless by the attacks or fear of them.”

“The president of the Hema community’s cultural association, Hadji Ruhingwa Bamaraki, raised the specter of something even worse. ‘This may be genocide,’ he told Vice News. ‘The government should tell us why Hema are being killed.’”

The United Nations also warned of possible ethnic cleansing in the DRC in August 2017. The United Nations confirmed that at least 251 people, including 62 children, were killed by militia targeting specific ethnicities between March 12 and June 19 in 2017. Some of the militants were accompanied by police and national military forces, according to eyewitness reports to the UN.

Survivors of the attacks shared harrowing details including “hearing the screams of people being burned alive, of seeing loved ones chased and cut down, of themselves fleeing in terror,” said UN High Commissioner for Human Rights Zeid Rafad al-Hussein.

“Their accounts should serve as a grave warning to the Government of the DRC to act now to prevent such violence from tipping into wider ethnic cleansing,” Mr. Zeid added.

The violence between the two tribes peaked during the Second Congo War in 1998-2003, when thousands were killed.