This website requires the use of Javascript to function correctly. Performance and usage will suffer if it remains disabled.
How to Enable Javascript
West Virginia Records 872 Fatal Overdoses Last Year 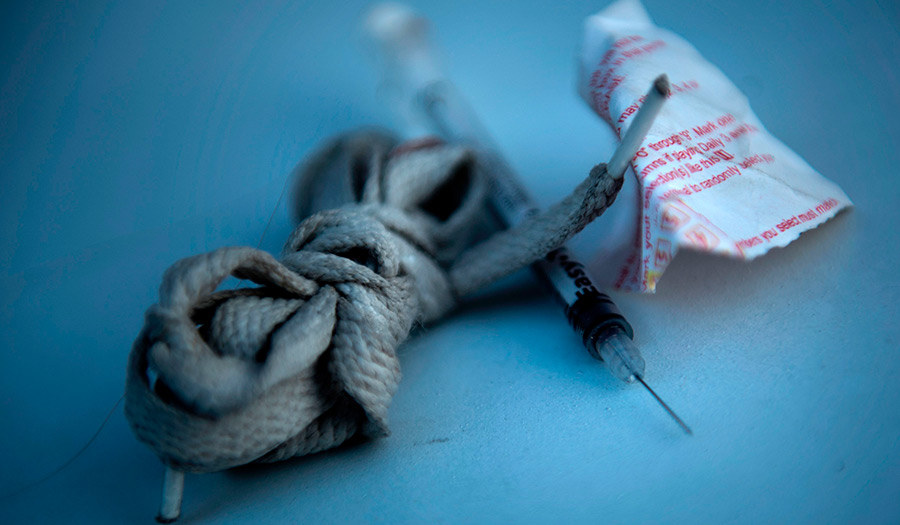 Brendan Smialowski/AFP/Getty Images
Paraphernalia for injecting drugs is seen after being found during a police search in Huntington, West Virginia (April 19, 2017). The city has been portrayed as the epicenter of the opioid crisis.

West Virginia’s death toll from drug overdoses in 2017 was 872. This has improved only slightly compared to 2016, which hit a grim record of 887 fatal overdoses—the highest drug-related death toll in the United States.

However, the state continues to have the highest rate of drug mortality in the nation, with approximately 50 deaths per 100,000. Behind each of these numbers are faces, lives and families.

In Berkeley County near Washington, D.C., two paramedics were called to a youth softball field where the girls’ Little League team was having its first practice, according to a story reported in The New Yorker.

There, the medical team found two of the parents “lying on the ground, unconscious, several yards apart,” with the “couple’s thirteen-year-old daughter…sitting behind a chain-link backstop with her teammates, who were hugging her and comforting her. The couple’s younger children, aged ten and seven, were running back and forth between their parents, screaming, ‘Wake up! Wake up!’”

As the paramedics began attempting to revive the adults with Narcan, which reverses heroin overdoses, “some of the other parents got angry,” paramedic Michael Barrett recalled to The New Yorker. “Why’s my kid gotta see this? Just let ‘em lay there,” Mr. Barrett recounted them saying.

Heroin addiction often results from abuse of prescription painkillers. According to the National Institute on Drug Abuse: “Nearly half of young people who inject heroin surveyed in three recent studies reported abusing prescription opioids before starting to use heroin. Some individuals reported switching to heroin because it is cheaper and easier to obtain than prescription opioids.”

West Virginia is taking action with new laws to limit initial painkiller prescriptions to three, four or seven days, depending on who writes them. Another law would require reporting both deadly and non-fatal overdoses by emergency responders and hospitals and equip all emergency responders with opioid antidotes. Both measures await the governor’s signature.

A health bureau report described how fatal overdoses soared from just 212 in 2001, initially driven by pharmaceuticals and then a shift to illicit heroin 2012, followed with more potent fentanyl being added to street drugs. The report says 750 of last year’s deaths involved at least one opiate, including 508 with fentanyl.

It called for increasing treatment options for patients. More than 30,000 West Virginians are already in drug treatment.

The Bureau of Public Health found that 81 percent people who died from overdoses had interacted with health systems, 56 percent had been jailed, and 71 percent were on Medicaid. Males were twice as likely to die from overdoses as females.