This website requires the use of Javascript to function correctly. Performance and usage will suffer if it remains disabled.
How to Enable Javascript
Nigeria Reports Record High Cases of Deadly Lassa Fever 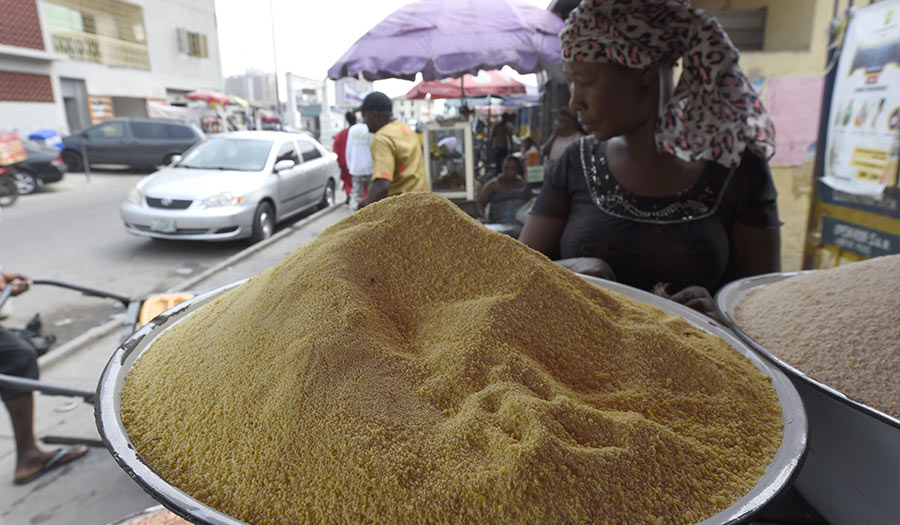 Pius Utomi Ekpei/AFP/Getty Images
A woman buys garri, a staple food in Nigeria, in Lagos (Jan. 24, 2018). The government of Anambra State in southeastern Nigeria has banned the drinking of raw garri, which it says can lead to Lassa fever.

Health authorities say a Lassa fever outbreak in Nigeria has reached a record high and there are suspected cases in neighboring Benin as well.

Nigeria has reported 317 confirmed cases in two months, more than the total for all of last year. The World Health Organization says there are 20 suspected cases across the border in Benin.

Nigeria has reported 72 deaths from the disease so far.

There is no vaccine for the hemorrhagic fever, which is transmitted through the bodily fluids of sick people. Humans also can contract the disease by coming into contact with food contaminated by rat excrement.

Those with the disease first develop a high fever but in extreme cases can later suffer bleeding from the nose and mouth.

Although Lassa fever typically kills only 1 percent of those it afflicts, the recent outbreak in Nigeria has had a fatality rate around 22 percent, according to the nation’s Center for Disease Control. Women with late-stage pregnancy who contract the disease have an 80 percent chance of dying or losing their child.

There are no effective vaccines and few treatments that work for patients with Lassa fever.