This website requires the use of Javascript to function correctly. Performance and usage will suffer if it remains disabled.
How to Enable Javascript
Plastic Particles Found in Three-quarters of Deep-sea Fish 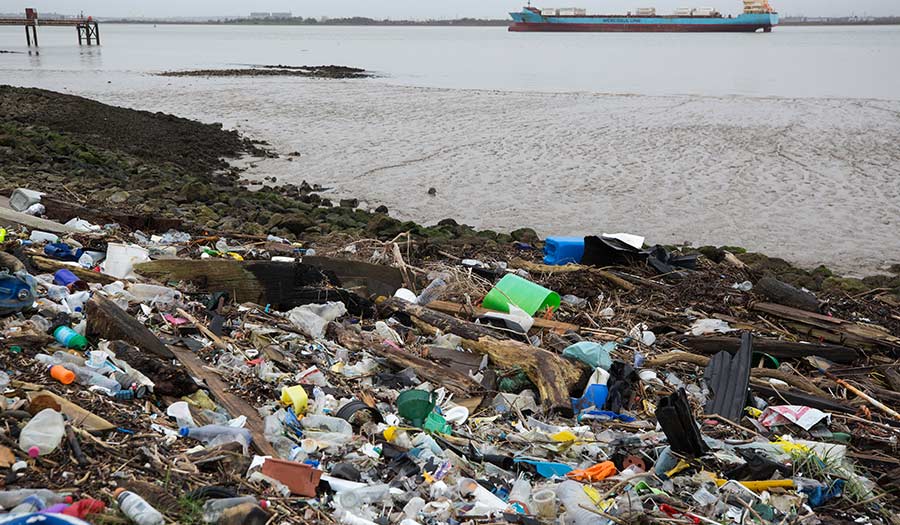 Dan Kitwood/Getty Images
Plastics and other detritus line the shore of the Thames Estuary in Cliffe, Kent (Jan. 2, 2018).

Tiny particles of plastic have been found in 73 percent of fish 600 to 3,300 feet deep in the Northwest Atlantic Ocean, a study published in Frontiers in Marine Science found. These deep-sea fish could spread the toxins back to humans as they are prey for sea creatures such as tuna.

Microplastics are small particles such as clothing fibers that are less than five millimeters in diameter. These fragments flow from population centers through wastewater streams to the ocean, where they float on the surface and are consumed by deep sea fish when they rise at night to feed on plankton.

The study’s finding that nearly three out of four fish have microplastics in their stomachs represents one of the highest levels of microplastic contamination in the world’s oceans and shows that even these “seemingly remote fishes located thousands of [miles] from land and [2,000 feet] down in our ocean are not isolated from our pollution,” study co-author Tom Doyle, a marine biologist at the National University of Ireland in Galway, stated.

“It’s worrying to think that our daily activities, such as washing our synthetic clothes in our washing machines, results in billions of microplastics entering our oceans through our wastewater stream that may eventually end up in these deep sea fishes,” Dr. Doyle said.

When fish consume microplastics, they lose weight, experience inflammation, and do not feed regularly, according to the study.

Humans are at risk too. Deep-sea fish infected with microplastics are prey for other creatures humans typically eat, including tuna and swordfish.

“These microplastics often carry toxic contaminants and pose a real risk to food security and human health if they enter the human food chain via the fish that we eat,” Yvette DieiOuadi, the fishery industry officer at the United Nations Food and Agriculture Organization, stated to UN News.

“With an estimated 9.7 billion people to be fed by 2050, the threat of fish stocks contaminated with microplastics and their associated toxins is clear.”