This website requires the use of Javascript to function correctly. Performance and usage will suffer if it remains disabled.
How to Enable Javascript
U.S. Jobless Claims Lowest in 45 Years 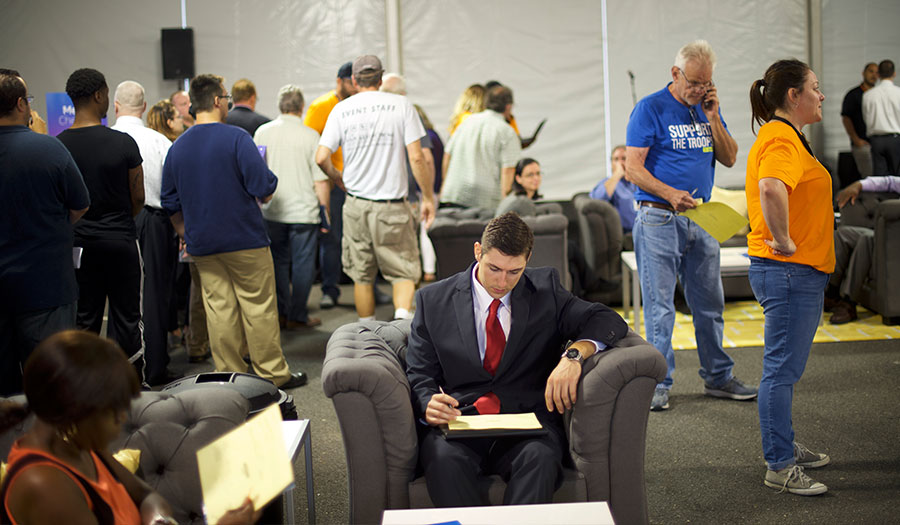 Photo by Mark Makela/Getty Images
Job seekers attend an Amazon job fair in Robbinsville, New Jersey, as part of the company’s effort to fill 50,000 positions in its fulfillment centers (Aug. 2, 2017).

Jobless claims in the United States fell in January to the lowest level in nearly 45 years. Economists said the trend is a sign of a strengthening labor market and will potentially lead to wage increases throughout the rest of the year.

The number of Americans who filed for unemployment benefits decreased to 216,000 in mid-January, according to the Labor Department, the lowest level since January 1973.

Claims continue to remain low—221,000 applied for benefits during the week ending February 3, representing the 153rd straight week with claims below the 300,000 level that economists consider the threshold for a healthy labor market.

“The extremely low level of claims is a sign of tightness in the labor market and suggests that February is shaping up to be another solid month for job creation,” John Ryding, chief economist at RDQ Economics in New York City, told Reuters.

The labor market’s jobless rate is at 4.1 percent—the lowest in 17 years—which is near full employment and expected to drive wages up. According to the Labor Department, average hourly earnings increased 2.9 percent in January 2018 compared to January 2017, the largest increase since June 2009.