This website requires the use of Javascript to function correctly. Performance and usage will suffer if it remains disabled.
How to Enable Javascript
German Intel: N. Korea Obtained Nuclear Tech in Berlin 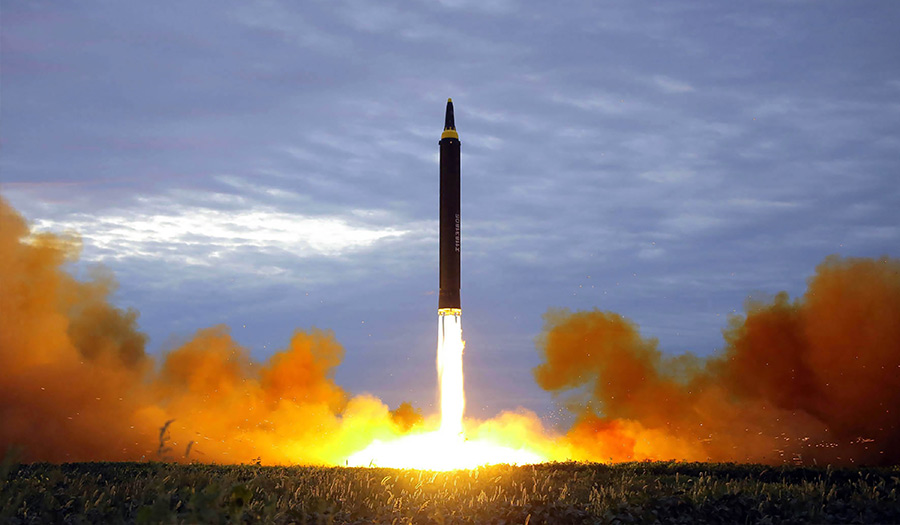 “We have noticed that so many procurement activities have taken place from the embassy,” Hans-Georg Maassen, head of Germany’s Federal Office for the Protection of the Constitution (BfV), said in an interview on German public television channel NDR.

“From our point of view, they were for the missile program but also partly for the nuclear program.”

“When we detect something of this sort, we prevent it,” he said. “But we can’t guarantee that we will be able to detect and thwart all cases.” He added that it is difficult to determine whether Pyongyang intends to use materials it obtains for civilian or military purposes.

Mr. Maassen noted that parts used in North Korea’s nuclear programs “were acquired via other markets, or that shadow firms had acquired them in Germany.”

Deutsche Welle reported: “The BfV obtained information on North Korea’s procurements in 2016 and 2017, according to an investigation by NDR. These items were allegedly used for the country’s missile program.”

In one incident in 2014, “a North Korean diplomat reportedly tried to obtain a ‘multi-gas monitor’ that is used in the development of chemical weapons,” the news outlet continued.

The UN report also cited claims that Pyongyang sold a ballistic missile system to Myanmar and may be helping Syria produce chemical weapons.