This website requires the use of Javascript to function correctly. Performance and usage will suffer if it remains disabled.
How to Enable Javascript
Yellow Fever Deaths Triple in Brazil 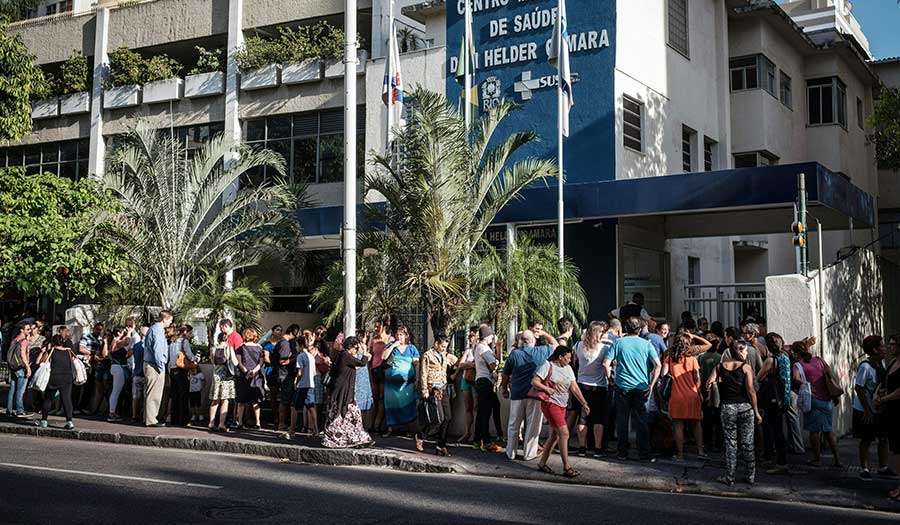 An outbreak of yellow fever is gathering steam in Brazil during the Southern Hemisphere summer rainy season and just weeks ahead of Carnival, a major draw for foreign tourists.

Since July 2017, 35 cases of yellow fever have been confirmed in Brazil, 20 of them in Sao Paulo state and three in Rio de Janeiro state, according to Health Ministry data released mid-January. In all, 20 people have died and 145 suspected cases are under investigation.

While yellow fever is common in Brazil, the country saw an unusually large outbreak last year, including in areas that do not usually see cases. More than 770 people were infected, and more than 250 died.

In response, the Health Ministry announced that it would vaccinate nearly 20 million people in dozens of cities in Sao Paulo, Rio de Janeiro, and Bahia states. Since there is no known treatment for yellow fever, health officials consider vaccinations crucial to containing outbreaks.

“Yellow fever is a viral disease transmitted by mosquitoes in tropical regions and is still a major killer in Africa,” Voice of America reported. “It had largely been brought under control in the Americas.

“The first sign that the fever was back in Brazil was the death last year of hundreds of monkeys in the Atlantic rain forest in the states of Rio de Janeiro, Espirito Santo and Sao Paulo.”

Yellow fever is spread by the same mosquito that transmits other tropical diseases, including Zika. Symptoms of the disease include fever, muscle pain, and nausea. Some patients also experience abdominal pain, kidney problems, and the jaundice from which the disease gets its name.

Yet Brazil is not the only country struggling to contain an outbreak.

“The current yellow fever outbreak in Nigeria began in Ifelodun, Kwara State in western Nigeria in September 2017,” the World Health Organization reported. “By early January 2018, a total of 358 suspected cases had been reported in 16 states, with 45 deaths.”

In response, Nigeria is launching a campaign with the goal of vaccinating more than 25 million people to prevent the disease from spreading.

“In late 2017, Nigeria vaccinated more than three million people in an initial emergency yellow fever vaccination campaign with the aim of quickly containing the outbreak,” the WHO continued. “However, the yellow fever virus continues to circulate in different parts of the country where people remain largely unprotected.”