This website requires the use of Javascript to function correctly. Performance and usage will suffer if it remains disabled.
How to Enable Javascript
12-year-old Girl Suspected in LA School Shooting 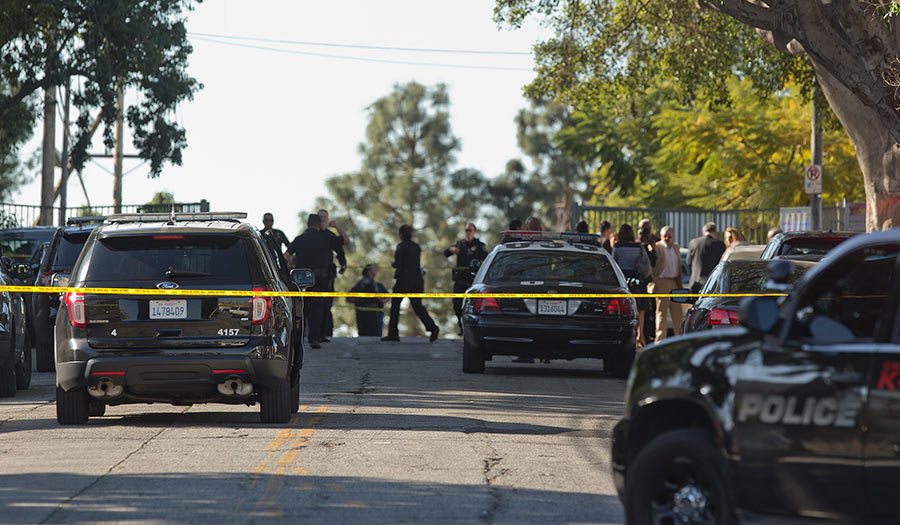 AP/Damian Dovarganes
Police cordon off a street where a shooting occurred at a middle school in Los Angeles, California (Feb. 1, 2018).

Two students were shot and wounded, one critically, inside a Los Angeles middle school classroom Thursday morning and police arrested a female student believed to be 12 years old, authorities said. The violent incident brings the total number of shootings on school campuses across the United States to 14 since 2018 began.

A 15-year-old boy hit in the head was transported to a trauma center in critical but stable condition, according to fire department spokesman Erik Scott. A 15-year-old girl with a gunshot wound to the wrist was taken to a hospital in fair condition, Mr. Scott said.

Three other people, ranging in age from 11 to 30, suffered minor cuts and scrapes.

Police arrested the female student and recovered a gun after the shooting that happened just before 9 a.m. at Salvador B. Castro Middle School, west of the city’s downtown. Preliminary information indicated she was 12, said Steve Zipperman, chief of the Los Angeles Unified School District police force.

Television news footage showed a girl with dark hair wearing a sweatshirt being led out of the school in handcuffs a short time after the shooting.

Only little more than a month in, 2018 has been a violent year for schools in the United States.

Since January 3, fourteen shootings have occurred at schools across the country, taking the lives of three people and leaving dozens of students injured.

The most deadly incident took place on January 23, when a student at Marshall County High School in Benton, Kentucky, killed two and wounded 14 other students after opening fire in a common area inside the school.