This website requires the use of Javascript to function correctly. Performance and usage will suffer if it remains disabled.
How to Enable Javascript
Russia Deploys More Surface-to-air Missiles in Annexed Crimea 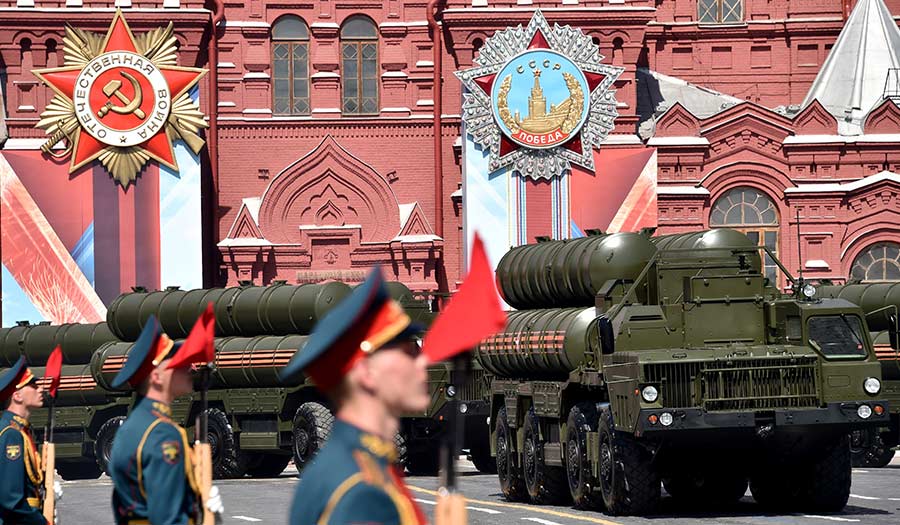 Russian state media RIA Novosti reported that the war equipment was moved to the city of Sevastopol, where it will control airspace over the border with the Ukraine. Sevastopol is also the base for Russia’s Black Sea naval fleet, which has 45 warships and seven submarines.

This is the second air defense system Russia has moved to Crimea—the first was in the spring of 2017 near the town of Fedosia.

According to Reuters: “The new air defense system, designed to defend Russia’s borders, can be turned into combat mode in less than five minutes, Interfax news agency quoted Viktor Sevostyanov, a commander with Russia’s air forces, as saying.”

The S-400 can strike airborne ballistic missiles up to 37 miles away and other airborne targets 250 miles away, according to Russia’s defense ministry.

Russia annexed Crimea after a highly contested vote in 2014, yet the Ukraine continues to lay claim to the territory with the backing of the United Nations.