This website requires the use of Javascript to function correctly. Performance and usage will suffer if it remains disabled.
How to Enable Javascript
Russia Says It Is Disappointed by Worsening Ties with U.S.

Russia Says It Is Disappointed by Worsening Ties with U.S. 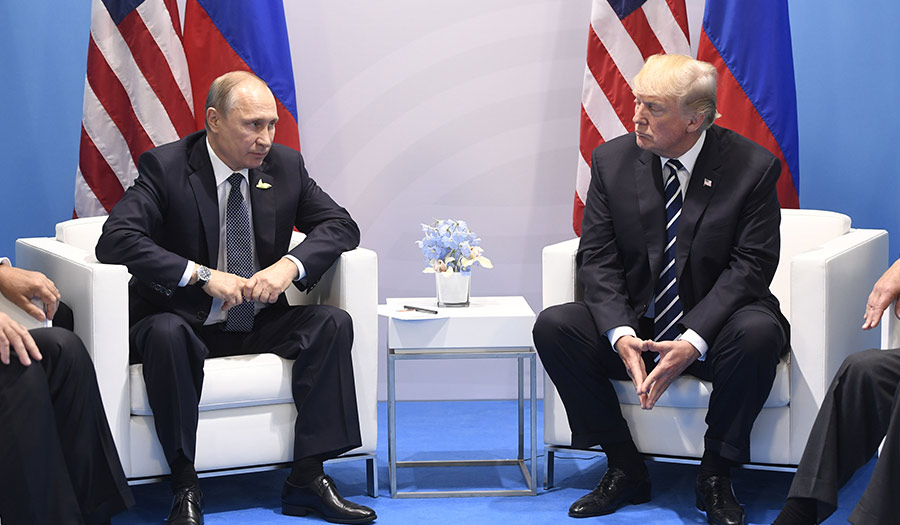 The Kremlin views deteriorating relations with the United States as a major disappointment of the year, the spokesman for President Vladimir Putin said.

“Russian-American relations and the position Washington takes toward our country can’t but elicit regret,” Dmitry Peskov said in a conference call with reporters. He also said that worsening ties “easily could” rank as the lowest note of 2017 for Russia.

Ties between Moscow and Washington soured to reach a post-Cold War low following Russia’s annexation of Crimea in 2014 and allegations of election meddling in 2016. The two countries have been introducing tit-for-tat measures all year ranging from restrictions on embassy staff to legislation targeting state-owned media.

Mr. Peskov warned that sanctions on Russia the U.S. is preparing could cause “unbearable risks and dangers” to relations between the two nations.

The spokesman also reiterated the Kremlin’s position that Russia seeks good relations with the U.S. based on “mutual trust and mutual respect” but said “it takes two to tango.”