This website requires the use of Javascript to function correctly. Performance and usage will suffer if it remains disabled.
How to Enable Javascript
U.S. Negotiates $285 Million Cut in United Nations Budget 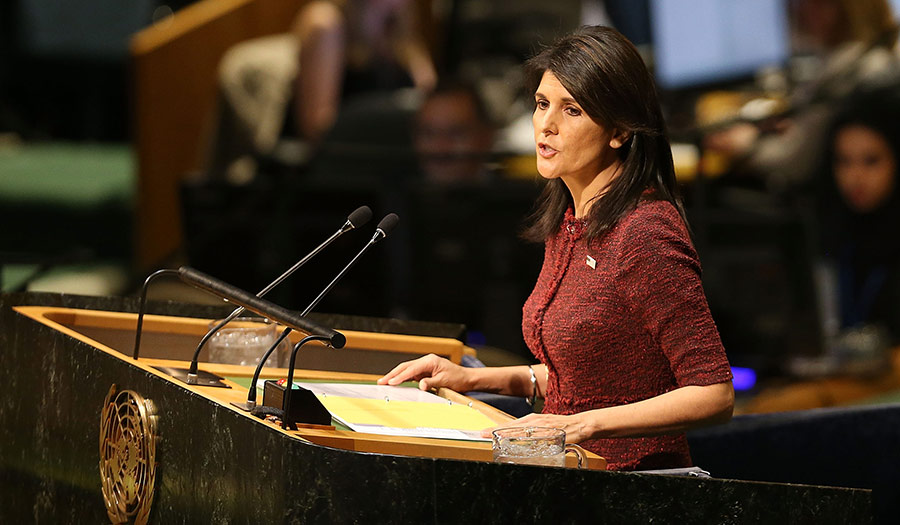 Spencer Platt/Getty Images
U.S. Ambassador to the UN Nikki Haley speaks on the floor of the General Assembly in New York City (Dec. 21, 2017).

Though the announcement did not make clear the entire amount of the budget or specify what effect the cut would have on the U.S. contribution, U.S. ambassador to the UN Nikki Haley said in a statement that it was a “big step in the right direction” for the U.S.

The UN General Assembly previously approved a two-year operating budget of $5.4 billion for 2016 and 2017. The regular budget is separate from the budget for peacekeeping operations, which totaled $7.8 billion for 2017 alone.

According to PolitiFact, the U.S. currently provides about 22 percent of the body’s annual budget.

“In addition to these significant cost savings,” Ambassador Haley said, “we reduced the UN’s bloated management and support functions, bolstered support for key U.S. priorities throughout the world, and instilled more discipline and accountability throughout the UN system.”

She added that the “inefficiency and overspending” of the organization is well-known, and she would not let “the generosity of the American people be taken advantage of.”

She also said that while the Mission was pleased with the results of the budget negotiations, it will continue to “look at ways to increase the UN’s efficiency‎ while protecting our interests.”