This website requires the use of Javascript to function correctly. Performance and usage will suffer if it remains disabled.
How to Enable Javascript
Mexico Murder Total Reaches All-time High 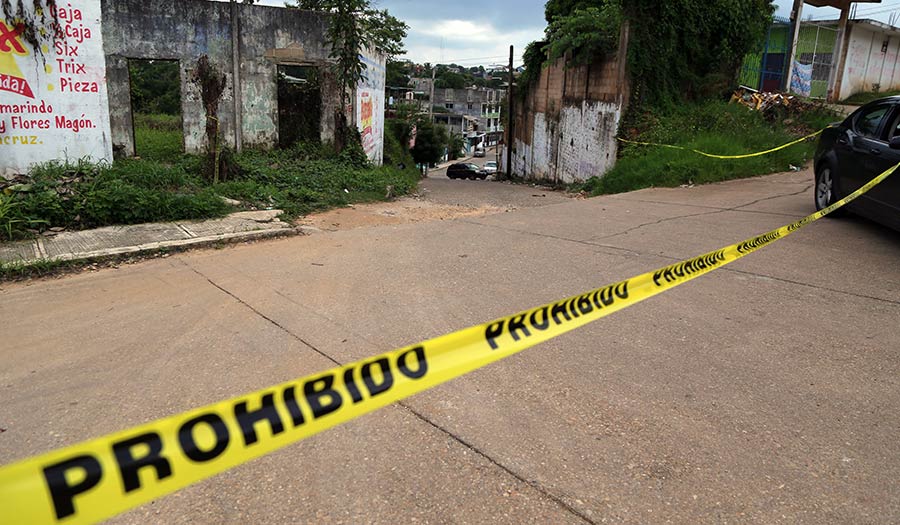 Ilse Huesca/AFP/Getty Images
The site where a cameraman was murdered in Acayucan, Mexico (July 11, 2017).

The number of documented murders in Mexico in 2017 has surpassed the nation’s previous record, hitting its highest total since government records were first kept in 1997.

Latin American countries, including Mexico, have the highest murder rates in the world, much of it attributed to gang violence and drug wars.

According to UN figures from the World Bank’s online database, in 2015, the latest year for which data is available, the countries with the three highest murder rates in the world were El Salvador at 109 per 100,000, Honduras with 64, and Venezuela with 57. For comparison, the homicide rate in the United States was 4.8 per 100,000.

The latest murder statistics in Mexico have dealt a major blow to President Enrique Pena Nieto, who pledged when he was inaugurated to control gang violence. Though Mr. Pena Nieto has reached his term limit, his failure to quell the nation’s deadly violence threatens to derail chances that his centrist Institutional Revolutionary Party will retain legislative seats after presidential elections in mid-2018.

This move would be deeply unpopular among the public. “A poll this month showed that two-thirds of Mexicans reject offering an amnesty to members of criminal gangs in a bid to curb violence, with less than a quarter in favor,” Reuters reported.

Mr. Lopez Obrador defended his proposition during a campaign stop on December 22. He was quoted by Mexican newspaper Reforma as saying: “There can be dialogue with everyone. There needs to be dialogue and there needs to be a push to end the war and guarantee peace. Things can’t go on as before.”