This website requires the use of Javascript to function correctly. Performance and usage will suffer if it remains disabled.
How to Enable Javascript
Russia, China Tell U.S. to Accept Their Growing Global Influence 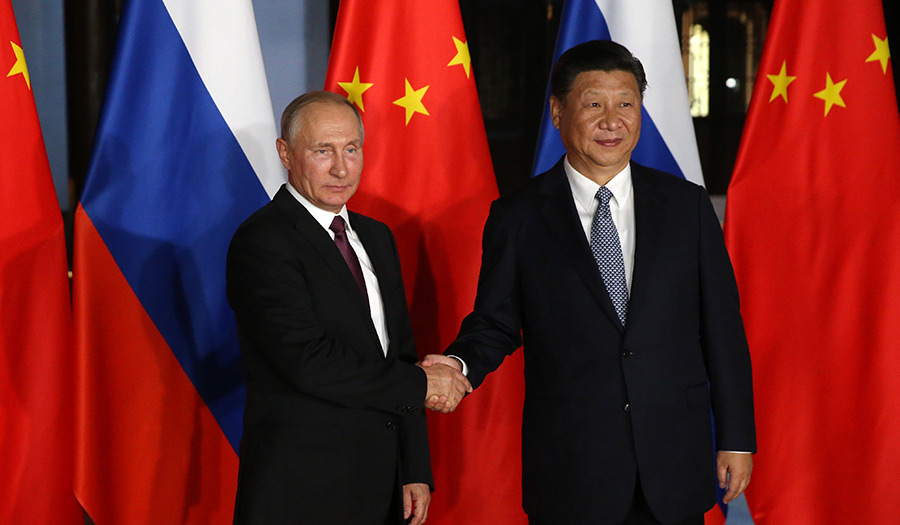 President Trump’s decision reflects a “victory of hardliners” in his administration, China’s Xinhua News Agency said. It warned U.S.-Chinese economic relations were likely to face “even more pressure and challenges.”

“We urge the United States to stop deliberately distorting China’s strategic intentions and abandon a Cold War mentality,” said a foreign ministry spokeswoman, Hua Chunying. “Otherwise it will injure others and damage itself.”

Dmitry Peskov, spokesman for Russian President Vladimir Putin, told reporters Tuesday that the mentions of Russia struck Moscow as “imperial” and showed “an aversion to a multi-polar world.”

Mr. Trump’s report hit a series of sore spots for Beijing. The president affirmed ties with Taiwan, the self-ruled island the mainland government claims as its territory. He also promised to “re-energize our alliances” with governments including the Philippines and Vietnam, which have conflicting territorial claims with Beijing in the South China Sea. In addition, the document pledges to expand military cooperation with India, a country Beijing sees as a rival.

The United States and China share one of the world’s biggest trading relationships and cooperate in areas from clean energy to public health. But Beijing sees Washington as an obstacle to its ambitions to be East Asia’s dominant power, and strains over Taiwan, trade, technology policy and the South China Sea are growing.

“It is selfish to put your national interest above other countries’ interest and the mutual interest of the international community,” said the Chinese Embassy in Washington in a statement.

“The Chinese side is willing to have peaceful coexistence with all countries,” said the embassy statement. “The United States should also adapt and accept China’s development.”

U.S. officials are uneasy about Beijing’s rising military spending—already the second-highest behind Washington. They see President Xi Jinping’s “Belt and Road Initiative,” a project to build railways and other infrastructure across countries from Asia to Europe and Africa, as part of efforts to erode American influence and nurture a China-centered political structure.

The report emphasized economic security and repeated complaints that China steals technology and uses “economic inducements” to persuade other governments to serve its strategic interests.

It proposes restricting visas to prevent intellectual property theft by foreigners, particularly Chinese, who travel to the United States to study science, engineering, math and technology.

The report is another abrupt turn in Mr. Trump’s stance toward Beijing, which has veered between blistering criticism on trade and currency and optimism about cooperation on North Korea and other problems.

“China seeks to displace the United States in the Indo-Pacific region, expand the reaches of its state-driven economic model, and reorder the region in its favor,” the report says.

The Global Times, a newspaper published by the ruling Communist Party, said the report “reflects Washington’s reluctance to accept the reality of China’s rise.”

“It is impossible for the United States to restrain China,” said the newspaper, known for its nationalistic tone. “As China continues to grow and its influence continues to spill over, this is the root cause of Washington’s anxiety.”