This website requires the use of Javascript to function correctly. Performance and usage will suffer if it remains disabled.
How to Enable Javascript
Numbers of Babies Born Too Early Increasing in the U.S.

Numbers of Babies Born Too Early Increasing in the U.S. 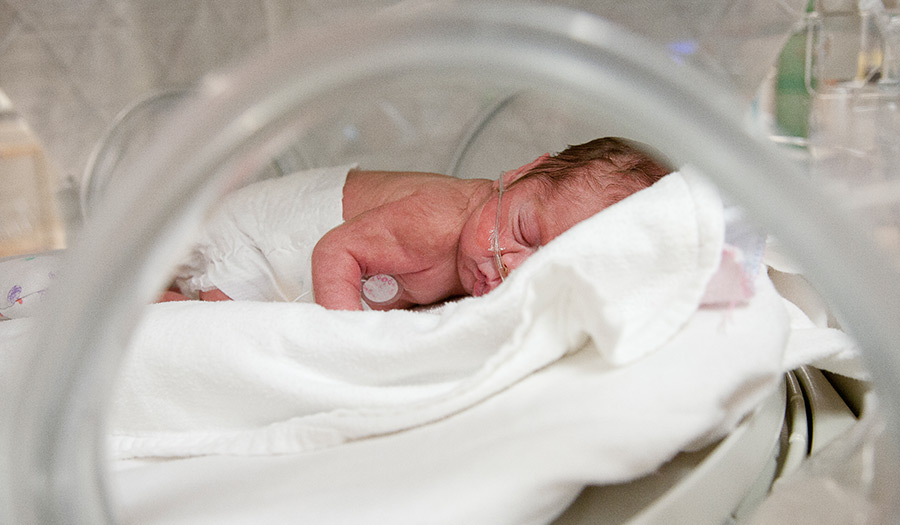 Babies born at least three weeks before their due dates—the largest factor in infant deaths—rose in the United States for the second year in a row after nearly a decade in decline, the National Center for Health Statistics reported.

“Preterm birth is associated with a number of adverse outcomes for the infant and for the mom, and so seeing that trend kind of ticking in the wrong direction is something that could be potentially concerning,” Lauren Rossen, report author and reproductive health surveillance lead at the National Center for Health Statistics, said in a report.

The U.S. is currently the only non-developing nation that ranks within the World Health Organization’s top 10 countries with the greatest number of preterm births—a surprising statistic given that 50 percent of preterm births are considered preventable and a result of a mother’s lifestyle.

“Although almost half of all premature births have no clear cause, according to the March of Dimes, other risk factors are well-known,” Health Day reported. “For pregnant women, smoking cigarettes is a major preventable causes of preterm birth. Genital tract infection like bacterial vaginosis may result in preterm delivery. And lack of prenatal medical care also contributes to many premature births, especially among poor women, [assistant medical director for the March of Dimes Siobhan] Dolan says.”

Other risk factors according to the nonprofit research organization March of Dimes include drinking alcohol, abusing drugs, being underweight or overweight at conception, getting pregnant too soon after giving birth, having considerable stress, not eating well, or having diabetes, high blood pressure, or a sexually transmitted disease.

In November, the organization gave the United States a grade of “C” on its latest Premature Birth Report Card, which analyzes births in all 50 states and Puerto Rico.

The report stated that the more than 380,000 babies—one in 10—born prematurely in the U.S. face “a greater likelihood of death before their first birthday, lifelong disabilities or chronic health conditions.”

“Among the 100 cities in the U.S. with the greatest number of births (latest data is for 2015), Irvine, California had the lowest rate of preterm birth (5.8 percent), and Cleveland, Ohio had the highest preterm birth rate (14.9 percent),” the report stated.

“Premature birth (before 37 weeks of pregnancy) is the largest contributor to the death of babies in the U.S.,” the organization said in a press release. “Babies who survive an early birth often face serious and lifelong health problems, including breathing problems, jaundice, vision loss, cerebral palsy and intellectual delays. In addition to the human toll, preterm birth accounts for more than $26 billion annually in avoidable medical and societal costs, according to the National Academy of Medicine.”

The numbers are surprising given that from 2007 to 2014, preterm births decreased.

On a global scale, the problem is even larger.

“Being born too soon is an unrecognized killer,” Dr. Joy Lawn, the director of global evidence and policy for Save the Children stated in The Guardian after performing the first ever study of preterm births several years ago. “Pre-term births account for almost half of all newborn deaths worldwide and are now the second leading cause of death in children under-five, after pneumonia.”